Home Shop Museum Store Books and Publications Herbs and Roots: A History of Chinese Doctors in the American Medical Marketplace 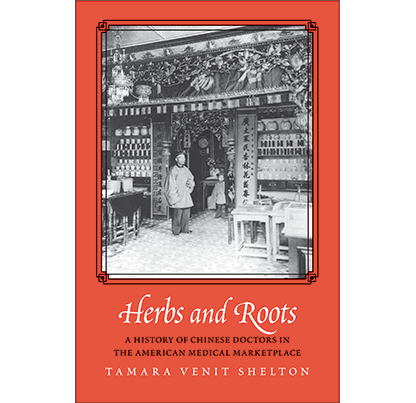 Herbs and Roots: A History of Chinese Doctors in the American Medical Marketplace

Chinese medicine has a long history in the United States, dating back to its colonial period and extending up to the present. Tamara Venit-Shelton’s book chronicles roughly two hundred years of Chinese medicine as a dynamic system of knowledge, therapies, and materia medica brought to the United States and transformed by immigrants, doctors, and patients as well as missionaries, scientists, and merchants.