The Rise and Fall of “No Special Rights”

In 1992, the Oregon Citizens Alliance (OCA) sponsored ballot Measure 9 in Oregon, which author William Schultz describes as “one of the most comprehensive — and harshest — antigay measures put to voters in American history.” OCA’s “No Special Rights” slogan implied that homosexuals sought “special” rights rather than protection against discrimination. In this article, Schultz examines Oregon’s anti–LGBTQ rights measures during the late 1980s and early 1990s and a similar campaign, Amendment 2, in Colorado and how they illuminate “a transitional moment in the history of the Christian Right.” Shultz argues that the story of these campaigns is ultimately a failure, “albeit an instructive failure….in examining how and why a certain concept — such as ‘No Special Rights’ — might take hold in one community and not another.

In this Oregon Places article, authors Chuimei Ho and Bennet Bronson explore how early Chinese Americans, like many immigrants to the United States, valued their religious faith and by studying the history of their religious spaces “reveals internal social groupings, economic concerns, and interactions with the outside world.” The article presents new evidence about the temples and rituals during the late nineteenth and early twentieth century in the Chinatown of John Day and how the opening of the Kam Wah Chung Interpretive Center played an important role in the authors’ analysis.

On Tuesday, October 27, 2020, Henry Lous Gates, Jr., spoke about his book, Stony the Road: Reconstruction, White Supremacy, and the Rise of Jim Crow, as part of the Oregon Historical Society’s (OHS) annual Mark O. Hatfield. This roundtable discussion was a special event held on Thursday, October 29, 2020. Justice Adrienne Nelson moderated a conversation among three Oregon scholars — Dr. Karen Gibson, Dr. Darrell Millner, and Dr. Carmen P. Thompson — who reflected on how Gates’s scholarship connects with their own work, offering new ways of understanding our state’s history and its place in the nation and the world. Due to the COVID-19 global pandemic, Gates’s talk and this roundtable were held virtually.

In this Research Note, Barbara Rasmussen updates the historical record about a photograph published in the Winter 2011 issue of the Oregon Historical Quarterly. Since early 2020, Rasmussen has spent time archiving records in at the Peace Lutheran Church in Astoria, Oregon, where she found records to place an exact date on the photograph.

In this issue, authors explore a proposed heliport site in Portland, Oregon, the letters of...

In this issue, authors explore the troubled history of Timberline lodge in the early 1950s,...

In this issue, authors explore the 1905–1906 woman suffrage campaign in Oregon, one woman’s...

Mikki Tint was a stalwart member of the Oregon Historical Society (OHS) Research Library staff for over twenty-five years, from 1983 to 2008. A lifelong Portlander, Mikki earned a bachelor’s degree in English literature from the University of Oregon, followed by a Masters in Library Science. She first worked as a cataloger in the OHS film archives, helping get control over a large, rich, and highly regarded...

END_OF_DOCUMENT_TOKEN_TO_BE_REPLACED 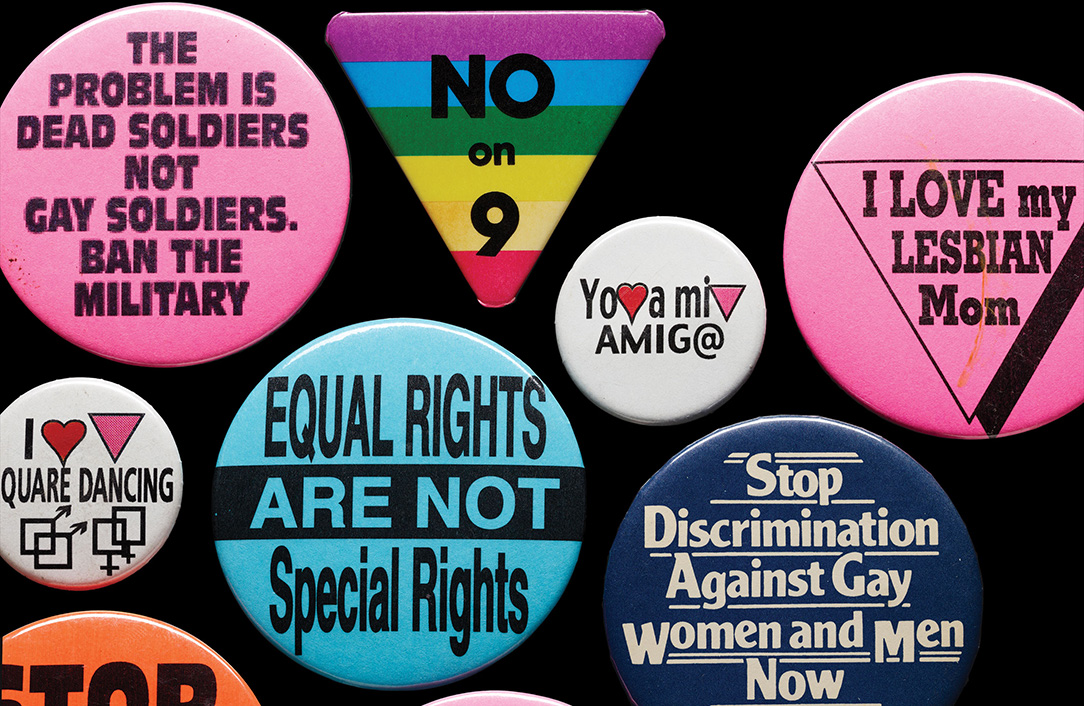 An Array of Buttons: The Story Behind OHQ’s Spring 2021 Cover

The Oregon Historical Quarterly’s Rose Tucker Fellow Sarah Harris discusses her love of collecting and her work on the Spring 2021 issue of the journal.