Reclaiming the Portland Riverfront: From Heliport Plan to Esplanade Reality, 1983–1985

In early 1983, the City of Portland revealed plans to build a heliport on the east bank of the Willamette River to replace an obsolete existing one in southwest Portland. The plans set off a dispute that author Martin White describes as “an object lesson in the complexity of resolving a political controversy that involves ever level of government, from neighborhood associations to the FAA, and a multitude of bureaus and agencies with varying agendas.” The proposed heliport site, located between the Hawthorne and Morrison bridges, was opposed by neighborhood and environmental groups, which cited noise and pollution concerns in addition to the disruption of public recreational use of the river on the Willamette River Greenway — a state land use planning requirement for new development. In this research article, White explores those years of dispute as well as the shift from siting a heliport to transforming the area into what would become the Vera Katz Eastbank Esplanade.

“A Proper Attitude of Resistance”: The Oregon Letters of A.H. Francis to Frederick Douglass, 1851–1860

A.H. Francis and his brother I.B. Francis immigrated from New York to Oregon in September 1851, a time when the state’s Black exclusion laws barred them from residence and most civil rights. The brothers petitioned the territorial legislature to exempt them from exclusion — it took no action — and they stayed in Oregon to operate a prosperous mercantile store until 1864. Between 1851 and 1861, A.H. wrote letters to his friend Frederick Douglass, who published them in his newspapers in New York. In this Primary Document article, Kenneth Hawkins reproduces nine of those letters and provides context for A.H. Francis’s first-hand documentation of what life was like as a free Black person living in the region.

In August 2019, Damian Koshnick and his father, William Koshnick, traveled to visit a landscape near Ontario, Oregon, formerly known as “Dead Ox Flat” — a 200-acre homestead claim once owned by his great-grandparents, Stella and Otto Koshnick. There, Stella “diligently choreographed, wrote, and sent hundreds of picture-postcards between 1910 and 1918 to her family in Minnesota.” In this Oregon Places article, Koshnick provides a unique glimpse of early-twentieth-century life in eastern Oregon through his great-grandmother’s postcards, which document her family life and dry-farming conditions many migrants to the region experienced during that time.

On Tuesday, September 8, 2020, Professor Erika Lee spoke about her book, America For Americans: A History of Xenophobia in the United States, as part of the Oregon Historical Society’s (OHS) annual Mark O. Hatfield This is a special event that is part of our annual Mark O. Hatfield Lecture Series. Due to the COVID-19 global pandemic, Lee’s talk was held virtually, and OHS hosted a follow-up virtual public history roundtable conversation on Thursday, September 10, 2020, which is transcribed here as a record of the event. The conversation between Oregon Historical Quarterly editor Eliza E. Canty-Jones; Jennifer Fang, Director of Education at the Japanese American Museum of Oregon and an adjunct professor at the University of Portland; Johnanna Ogden, an independent historian; and Sankar Raman, founder and board president of the volunteer-run nonprofit The Immigrant Story, reflects on Lee’s book and makes connections to xenophobia in Oregon. 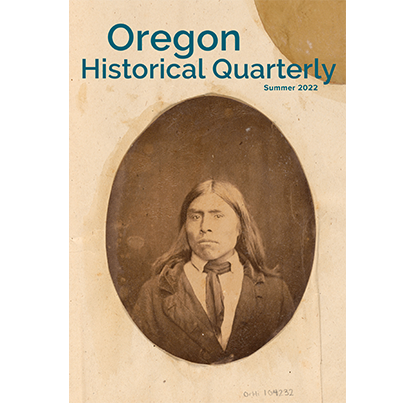 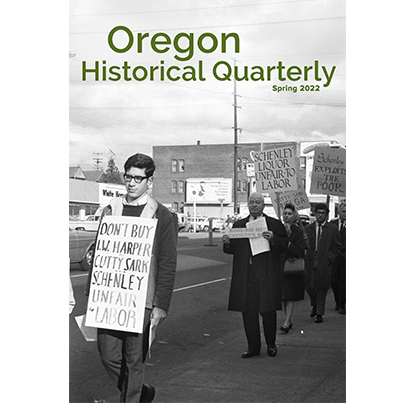 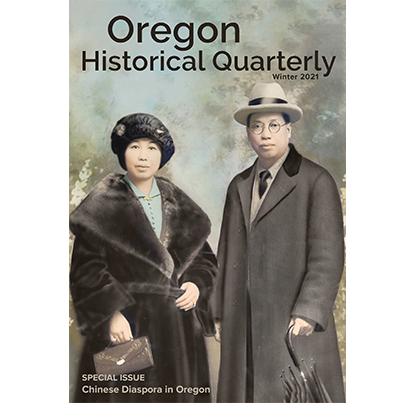 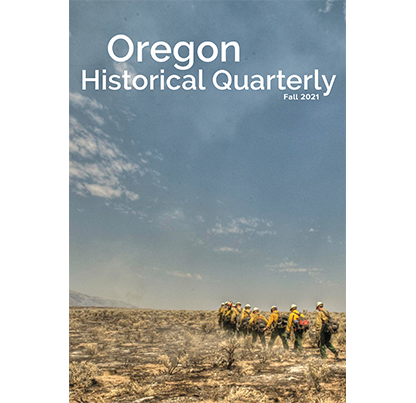 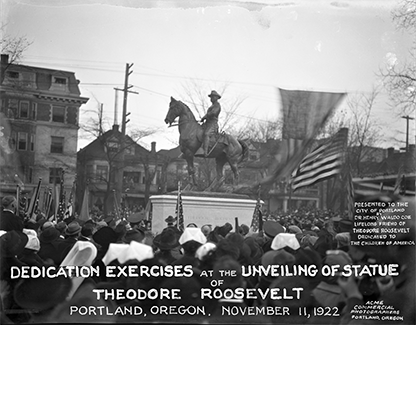 On November 11, 1922, a statue of former President Theodore Roosevelt was unveiled in the Park Blocks in Portland, Oregon. In this photograph, a crowd gathers for the unveiling, and the block of buildings behind the statue is where the Oregon Historical Society downtown building now stands.

END_OF_DOCUMENT_TOKEN_TO_BE_REPLACED 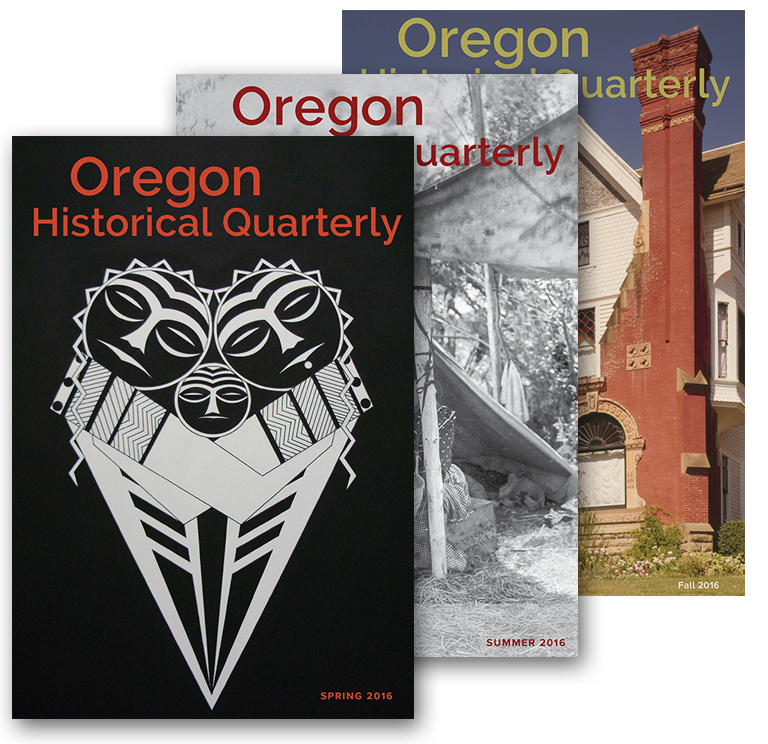