Chinese were restricted from coming to, working in, and travelling to and from the United States by a series of federal exclusion laws that began in 1862 and peaked in 1924. Historian Aaron Coe examines how federal officials enforced those laws in Astoria, Oregon, from 1900 to 1924 through careful review of the immigration files. He finds that the reputations of individual Chinese people and firms significantly affected how their applications to travel and return, or to bring family members, would be received by agents. Coe concludes that immigration agents implicitly categorized Chinese as in good, poor, or ambiguous standing, concluding that exploring the individual reputations of Chinese and their relationships with immigration officers is crucial to understanding the history of Chinese exclusion laws in the United States.

The Oregonian Navigates the Great Depression

While new technology and changing professional culture had been changing the world of news media during the early decades of the twentieth century, it took the stock market crash of 1929 and resulting Depression to push the Oregonian toward making major changes to keep up with the times. Historian Harry H. Stein analyzes accounts by newspaper employees, studies of news media, and the Oregonian itself to chronicle the ways it responded to the economic crisis and the changing culture of newspapers. He concludes that the newspaper’s changes allowed it to broaden its readership, maintain necessary funding through advertising, create new areas of coverage, and make important distinctions between reporting and editing, all of which set it up to take full advantage of the thirst for news created by World War II.

After becoming a Registered Nurse (RN) in 1968, Trudy Rice joined the ranks of thousands of professional African American women whose jobs required not only knowledge and technical skill in their chosen areas but also the ability to effectively respond to racism and prejudice in the workplace. In an interview conducted and introduced by historian Christin Hancock, Rice tells the story of her family coming to Oregon during World War II; studying at Portland Community College and becoming an RN; working in schools, hospitals, and as an inspector for the State of Oregon; and being faced with racism and responding to it with education. Hancock’s introduction places the story in the context of national and state history, arguing for its significance in a variety of fields.

What Would You Do?: If Heroes Were Not Welcome Home

Japanese American units were heavily decorated during World War II and recently recognized with a Congressional Gold Medal, offering military service as their families and friends were incarcerated in camps by the federal government. After the war, many residents of Hood River, Oregon, discouraged Japanese American families and veterans from returning home. Historian Linda Tamura, who grew up in Hood River, and former Oregon Historical Society (OHS) Director of Museum Services Marsha Takayanagi Matthews are crafting an exhibit about that history to accompany a display of the Congressional Gold Medal at OHS in August and September 2013. The exhibit will ask visitors to consider how they would act in a similar situation.

Established in 1907 by the Pioneer Society, the History Museum of Hood River has recently undergone a dramatic transformation. Executive Director Connie Nice describes why and how changes were made to the building, the exhibit displays, the programs and services offered by the museum, and some of the surprising discoveries made along the way. Throughout the course of the changes, the museum’s leaders have worked to bring the museum into the future without losing connections to its founding ideals. 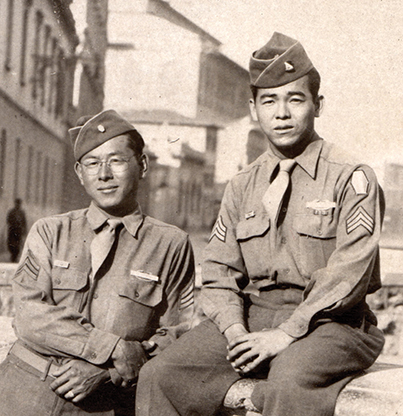 What If Heroes Were Not Welcome Home?

This poignant exhibit examines the prejudice that Japanese American veterans from Hood River, Oregon experienced upon their return home from serving our country in World War II. These American citizens served heroically with the United States Armed Forces in the South Pacific and in Europe, yet many of their families were unjustly incarcerated in concentration camps on American soil.