Chinookan Villages of the Lower Columbia

In this guide, Henry Zenk, Yvonne Hajda, and Robert Boyd offer readers examples of a comprehensive list of Chinookan villages along the lower Columbia River in the first half of the nineteenth century. Drawing from their recently published Chinookan Peoples of the Lower Columbia (CPLC), the authors discuss early Chinookan village units and linguistic divides, and provide new analysis based on previously unexamined sources. As the authors note: "The primary documentation on lower Columbia villages — archaeological, ethnohistorical, and linguistic — continues to grow as new data and source materials are discovered . . . with this new material, researchers continue to learn more about the Chinookan villagers of the lower Columbia."

The Pictorial Maps of Fred A. Routledge

In this heavily illustrated research article, Craig Clinton documents Fred A. Routledge's career as a commercial artist through a series of pictorial maps from the 1890s through 1930s. Although "personal details relating to Routledge's life and career are quite scarce," Clinton examines a range of illustrations to tell a story of his career from early street-level illustrations for the West Shore magazine to later birds-eye views of the Pacific Northwest. Routledge's maps not only documented existing landscapes, but also his "enduring engagement with the natural world and his belief in the transformative potential of humankind." The "quality of his pictorial map," explains Clinton, "was to become a significant feature of commercial travel cartography in the 1930s and beyond."

From Church to State: The Sectarian Roots of Oregon State University

In 1868, the Oregon legislature designated Corvallis College as the state's land-grant agricultural school that would eventually become Oregon State University. The university was established as part of the 1862 Morrill Act, which granted states 30,000 acres to promote education in "agriculture and the mechanic arts." William G. Robbins reveals Oregon State University's sectarian ties to the Southern-sympathizing Methodist Episcopal Church, South, and its evolution from a "small, struggling academy" to "one of seventy-six land-grant colleges and universities . . . designated as land grants in 1890." According to Robbins, "Oregon State University is part of a proud and distinctively American institution" that will soon celebrate its sesquicentennial as a land-grant school. 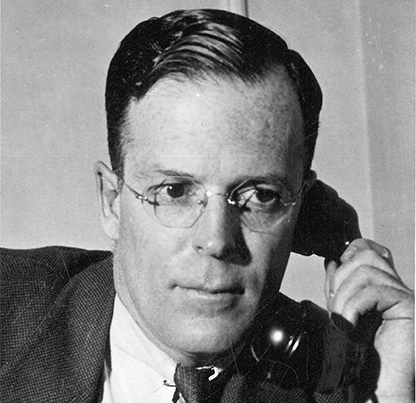 Today he is chiefly remembered as Amelia Earhart’s husband, but long before he met the aviator, G.P. Putnam was a resident of central Oregon. A grandson of the founder of G.P. Putnam’s Sons publishing house, George Palmer Putnam came to Bend in 1909.