Anthropologist Scott Byram reconstructs and reinterprets Native American oral narratives surrounding an attack by the Hudson’s Bay Company (HBC) on Yaquina Indians of Oregon in 1832. Prompted by an attack on two HBC trappers by the neighboring Alsea tribe, the HBC responded violently and indiscriminately by targeting an innocent Yaquina village. Byram’s emphasis, however, is not on the details of the attack itself but on the historical memory of the event. Using both HBC correspondences and Native oral narratives recorded after the attack, Byram notices a discrepancy between the magnitude of the attack as remembered by the HBC and by the Yaquina. He argues that the memory of the 1832 attack as a near-total devastation of the tribe reveals the bleakness and tragedy of the Yaquina experience during United States expansion.

In 1867, California photographer Carleton Watkins traveled throughout the Columbia River Gorge, creating now famous mammoth-plate photographs, as well as lesser known stereoviews, of the surrounding landscape. Those stereoview photographs, according to Friedel and Toedtemeier, tell a rich story of a landscape in flux, caught between Euro-American settlement of the pioneer era and an emerging modern era. Given the dynamism that has characterized interaction between humans, particularly Euro-Americans, and the Columbia River, Watkins’s prints show the river in a moment of perceived calm, yet on the brink of irrevocable change. The prints also tell the story of their creator’s personal relationships along the river.

The Oregon Geographic Names Board: One Hundred Years of Toponymic Nomenclature

Champ Clark Vaughan tells the history of a little known organization under the umbrella of the Oregon Historical Society: the Oregon Geographic Names Board (OGNB). Founded in 1908, the OGNB, in conjunction with federal agencies, has debated and approved both pre-existing and new geographic place-names within the state of Oregon. As a member of the OGNB, Vaughan has special insight into this organization, allowing him to recount its history with both personal memory and key primary sources, especially meeting minutes. The article does more, however, than simply recount the history of the OGNB. Vaughan details the contemporary controversy of OGNB efforts to eliminate the word squaw and other such offensive words from all geographic place-names in Oregon, arguing that the efforts of the OGNB to negotiate both historical and proposed geographic names reveal the culture of Oregon’s people.

Research Files
Master of the Columbia: Photography by Carleton E. Watkins at the Oregon Historical Society

Megan K. Friedel details the Oregon Historical Society’s collection of photographs by Carleton Watkins. Although comprised principally of Watkins’s prints of Oregon and the Columbia River Gorge, OHS also houses many of Watkins’s portraits as well as work from California and other Western states. OHS’s collection shows the changing face of Oregon’s landscape and Watkins’s skilled artistry in capturing such a dynamic environment. Ultimately, OHS’s collection is evidence of the influence of Charles Beebe Turrill, the first person to substantially document Watkins’s accomplishments as a photographer.

Oregon Voices
The Importance of Memory and Place: A Narrative of Oregon Geographic Names with Lewis L. McArthur

A mainstay of Oregon history since 1928, Oregon Geographic Names now documents the stories behind over six thousand of the state’s place-names. Lewis A. “Tam” McArthur published the book’s first edition, and his son, Lewis L. McArthur, told stories in a 2006 interview about how his father researched, talked, and wrote letters to determine where the names originated. Historian Erin McCullugh Peneva introduces the narrative she created from that interview and gives context about why place-names are important embodiments of a community’s shared memory.

Oregon Voices
The Romance of John reed and Louise Bryant: New Documents Clarify How They Met

Sifting through both popular myth and historical fact, historian Michael Munk recounts the romantic affair of John Reed and Louise Bryant, radical writers and activists from the early twentieth century. Reed, a native Portlander, and Bryant, who moved to Oregon in 1907, were “one of the most notorious romances to have been born in Oregon” and have since been surrounded by both celebrity and public speculation. Their initial meeting in 1915, reconstructed in Hollywood films and biographies, has inspired the most wide-spread curiosity among admirers. Relying heavily on the diary of Helen Walters, a close friend of Bryant, Munk accurately describes Reed and Bryant’s relationship, beginning with their meeting in Portland in 1915 and ending with Reed’s death in Moscow in 1920. Ultimately, Munk suggests how such a short-lived relationship could capture and hold onto the public imagination for so long. 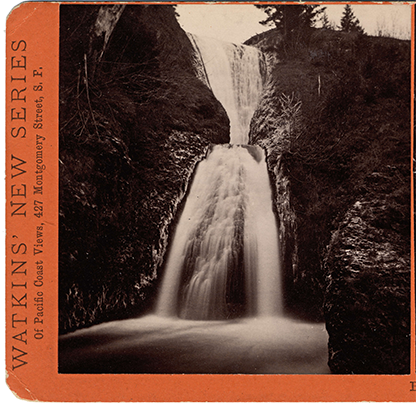