Portland, with a 2010 population of 583,776 within its city limits and 2,226,009 in the seven-county metropolitan area, was platted on the west bank of the Willamette River in 1845 on lands utilized by the Multnomah Chinooks. The area received its first few dozen English-speaking settlers in 1846. Maine native Francis Pettygrove, one of its first proprietors, chose the name. During the 1850s, Portland would pass Oregon City to become the largest city in Oregon, a position it has held ever since. The metropolitan area is twenty-third in size in the United States.

During its first three decades, Portland depended on trade by water. Its first substantial growth came when the California Gold Rush created a huge market for Oregon wheat and lumber, much of it shipped from Portland by river and ocean to San Francisco. Willamette River steamboats brought farm products from the state’s agricultural heartland, while steamer links connected by portage railroads on the Columbia River allowed Portland merchants to supply miners in Idaho and Montana. The Oregon Steam Navigation Company, which had consolidated and monopolized the Columbia River trade by 1860, was the basis for several sizable fortunes.

END_OF_DOCUMENT_TOKEN_TO_BE_REPLACED 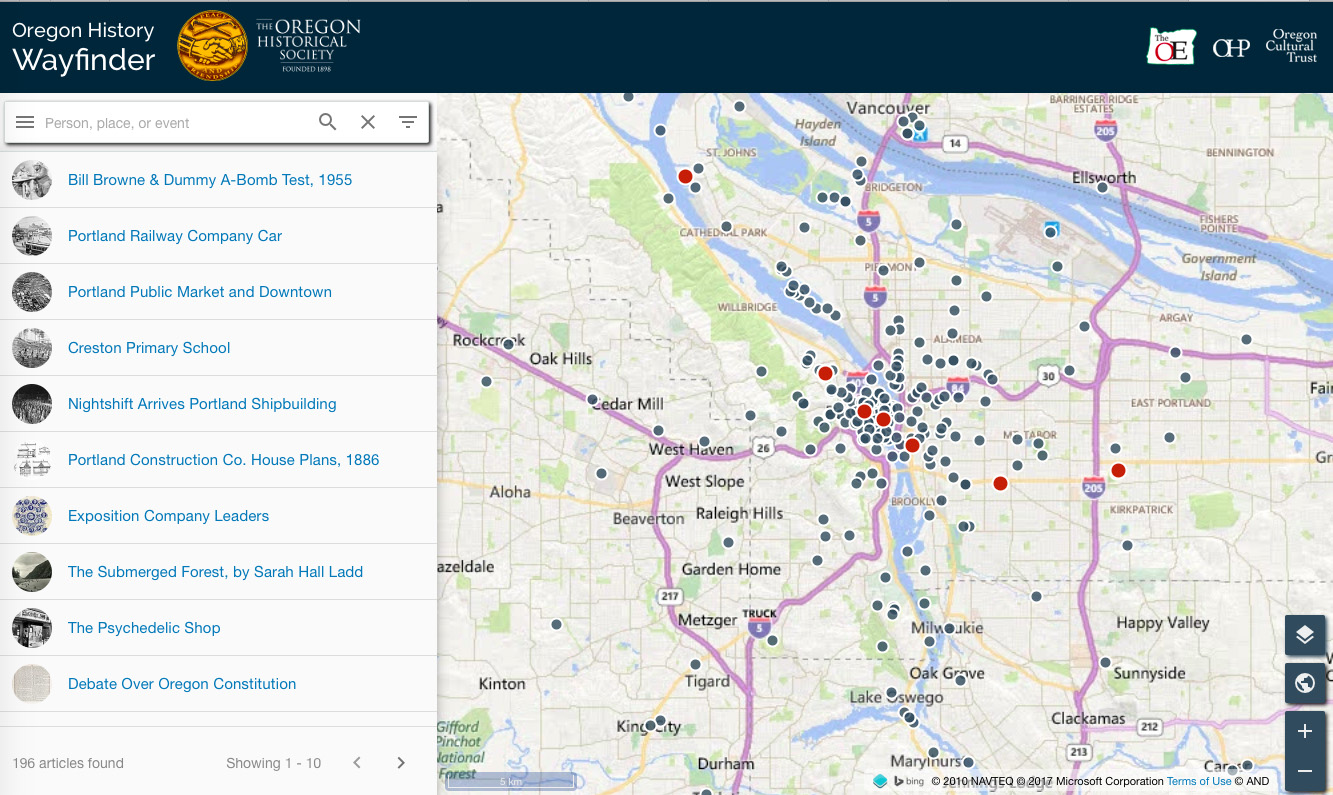 Where We Go To Think About the Meaning of It All

Places To Speak Your Mind

The Consciences of the City

Places we burned down, tore down, or filled in

On a clear day…