Motown: The Sound of Young America is the story of the famed record company and its artists that began making music history more than a half century ago. Curated by the GRAMMY Museum®, the exhibition includes stage outfits from many of Motown’s top performers, such as the Temptations, the Four Tops, the Miracles, Boyz II Men, and the Supremes. The exhibition also features interviews with many Motown legends, letting visitors get deep inside the creative process perfected at Motown sixty years ago. Visitors will also experience interactive displays, including an opportunity to perform the Supremes’ “Stop! In The Name Of Love” on stage and learn the Temptations’ signature dance moves. 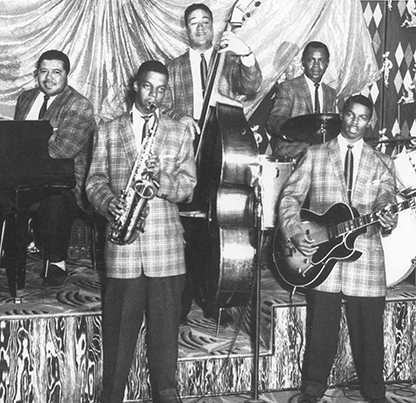 World War II brought a great wave of workers and their families from across the country to work in the shipyards of Portland, and the city’s African American population grew from 2,000 to about 22,000. Many of the newcomers came with a shared passion for rhythm-and-blues and contemporary, danceable jazz, but they had come to a very segregated city that offered few venues for black people to perform or to listen to...