Following the signing of Executive Order 9066, the United States government established the War Relocation Authority (WRA) to manage the forced removal and incarceration of Japanese Americans. During the WRA’s existence, it commissioned photographers — Dorothea Lange, Ansel Adams, Clem Albers, Tom Parker, Francis Stewart, and others — to document the treatment of these Americans during the process of forced removal, at assembly centers, and at America's concentration camps.

In the late 1970s, Pulitzer Prize-winning photographer Paul Kitagaki, Jr., learned that Lange had photographed his family in 1942 as they waited for a bus in Oakland, California, to take them to the Tanforan Assembly Center, a designated detention facility at the time. This discovery led Kitagaki on a mission to identify, seek out, and document other individuals captured in WRA-era photographs.

Gambatte! Legacy of an Enduring Spirit features large-format contemporary photos taken by Paul Kitagaki, Jr., displayed next to historic images shot by noted photographers that feature the same individuals or their direct descendants as the subject matter. Illuminating a very dark time in American history as well as the legacy of its survivors, these large-format images tell personal and heartfelt stories, stories that should not be forgotten. While Japanese American incarceration occurred more than 75 years ago, current events and contemporary political rhetoric demonstrate that racism and prejudice still exist. The stories told in this exhibition may be more relevant now than ever.

Contemporary photograph of Anna Kaku Nakada taken at her home in Morristown, New Jersey, in 2014 by Paul Kitagaki, Jr.

Historic photograph of Yukiko Okinaga at the Union Railroad Station in Los Angeles, California, waiting to travel to Manzanar Relocation Center in Inyo County, California, taken in 1942 by Clem Albers.

Historic photograph of Mits Kojimoto in San Francisco, California, waiting for a bus to the Santa Anita Assembly Center in Arcadia, California, taken in 1942 by Dorothea Lange.

Contemporary photograph of Mits Kojimoto on Van Ness Avenue in San Francisco, California, the same spot where he waited for the bus in 1942, taken in 2008 by Paul Kitagaki, Jr. 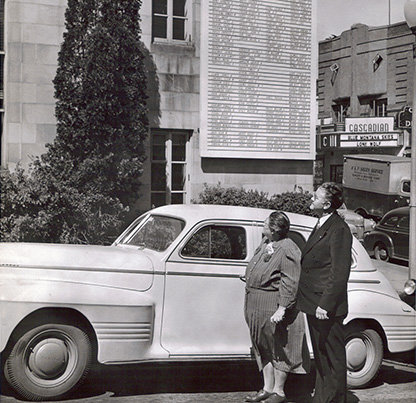 Stories of Resistance to Japanese American Incarceration and Discrimination

In recognition of the seventy-fifth anniversary of Franklin Roosevelt’s Executive Order 9066, which sent 120,000 Japanese Americans to incarceration camps until after the conclusion of World War II, and the second annual Minoru Yasui Day, this program offers stories of those who stood against the incarceration and the racism faced by many Japanese Americans after the war. George Nakata grew up in Portland’s...