1. 5/22/1969: Roosevelt High School: All student assembly, only newsmen & Principal Arthur Westcott allowed in. Wescott addresses students as a result of the disputes between the black & white students. color/sil/sof 2 2:05

4. 1/15/1970: Albina March; parade bolstered by black students who stayed away from school wound thru Albina district from start in Dawson Park to Unthank Park. #00 people, not confined to students marched. Democratic candidate for governor Art Pearl marched & explains why. sil/sof 2 3:06

6. 5/19/1970: Albina Rally; rally in Unthank Park, thought to be memorial service for recent shooting deaths of 8 southern blacks. Gathering to today memorial birthday of Malcolm X. Phil McLauren, director of Black Studies at PSU talks "need to get it together to challenge whites. sil/sof 2 2:18

7. 10/21/1970: Emanuel Hospital; council chambers filled to capacity by member of Junior League who made up 1/2 of audience, members of Emanuel displaced persons assoc. said were concerned about being relocated with dignity & without financial loss. Mrs. Leo Warren, chairman of group presented council with 2 positions. sil/sof 2 4:01

10. 2/12/1974: Black Cultural Month; Creativity Through Work was the theme for the 4th annual Black Cultural Month at Portland State university. Observance has not been a success. Chairman of the BCA board, Joseph McHery talks about apathy as reason for failure. sof 2 1:58

12. 3/24/1975: Shooting; public interest in the shooting of 17 year old Ricky Johnson such that the D.A. ordered inquest into incident. File film of the demonstration on 3/22/75. Goldschmidt responded to questions about the shooting and police bureau policy. sof 3 1:40

13. 3/27/1975: Shooting Aftermath; some members of the city's black community met today with Mayor Goldschmidt to discuss the tension in N. Portland they say resulted from the police shooting of Ricky Johnson 2 weeks ago. Albina Ministerial Alliance held what they called a friendly meeting with the Mayor, making suggestions. Rev. Thomas Strayband of Allen Temple Church & Goldschmidt talks. sof 5 2:44

14. 4/1/1977: Shooting Aftermath; group of Blacks expressing dismay and anger at shooting of Ricky Johnson and white steelworker attended meeting of Black Justice Committee. Want to show concern over the inquest into shooting. sof 2 1:08

16. 4/1/1978: Albina Neighborhood; Albina neighborhood group is trying to force some absentee property owners to fix up their abandoned buildings. Gypsy Hopkins of Albina Fair Share talks about it. sof 2, 1:00

Identifying news stories within the OHS news collections requires familiarity with the resources created by the news organizations themselves. In Portland, stations included KOIN, KPTV, KGW, and KATU – all of which have at least some film in the OHS collection. Subject matter varied and included topics such as the Rose Festival, Blazer games, and urban development. Not all of the stations maintained easily searchable indexes to aid in pulling the film. At KOIN, the news stories were organized by subject and year. KPTV stories, however, are listed by date only. It is possible to search a variety of KOIN subjects with the main requirement being that it was noted as being “newsworthy” at the time. Some of the search terms for this pull included: Albina; Union Ave riots; “Don't Choke 'Em. Smoke 'Em"; E. Shelton Hill; Black United Front; Kent Ford; and Black Panther’s Dental Clinic. For this project, archivists pulled enough stories to fill seven reels in total, each approximately 20 minutes in length. These stories represent, in part, the day-to-day events that helped shape Portland from 1969 to 1981.

Beginning in the early 1960s, stations across the country started using 16mm film to document news outside the studio. With the ability to capture synchronized sound and a capacity to record up to 11 minutes per one 400-foot reel, 16mm film allowed for on-location reporting for the first time. Reels from the early 1960s were often shot on black-and-white negative stock, but as the decade wore on, stations shifted to color reversal film, often Kodak Ektachrome. The benefit of reversal stock was that there was no negative to process; the film in the camera was the image used for broadcast. Needing only to develop the camera original saved both time and money. Until the late 1970s, when analog video tape became more accessible, 16mm film was news stations’ format of choice.

The prints in this exhibit are scans of camera originals that were donated by the news stations to OHS in the late 1980s. 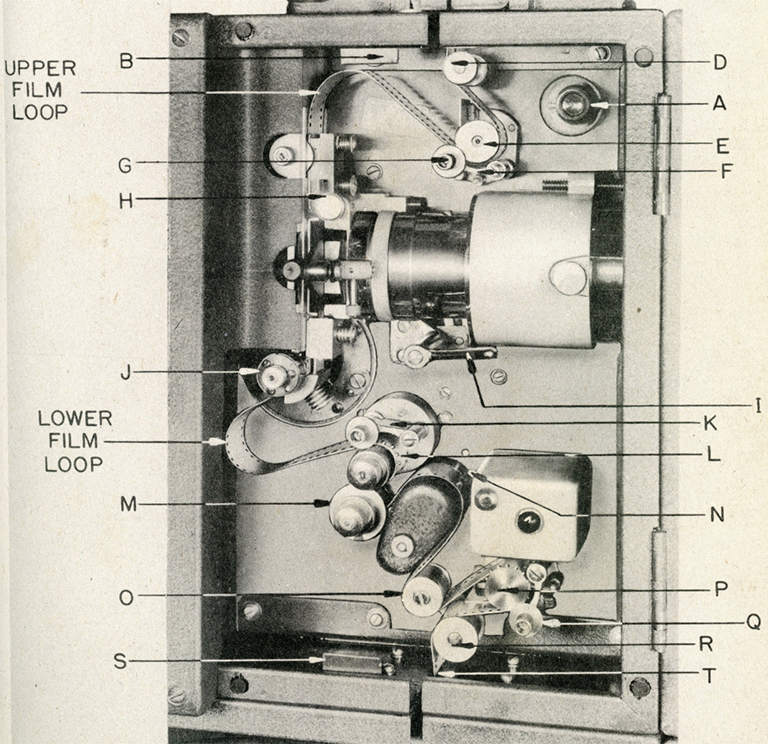 The Moving Image Collection consists of 8.5 million feet of film and videotape, including Oregon news events from 1966 to the present, early newsreels, family movies, commercial/industrial films, and scenic and wildlife films.

END_OF_DOCUMENT_TOKEN_TO_BE_REPLACED 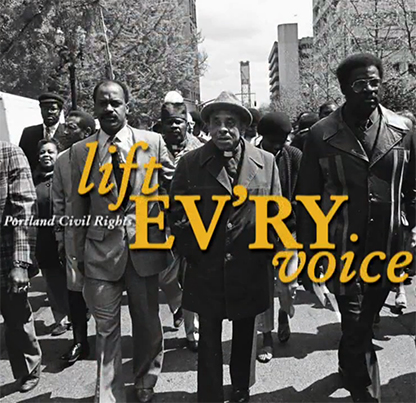