Home Events Behind the Scenes of History: An Evening with David Hume Kennerly

Join Oregon History Maker and Pulitzer Prize-winning photographer David Hume Kennerly on a magical mystery tour through some of the major events of the past fifty-plus years as seen through his eyes and camera. From the night Robert Kennedy was shot, to the battlefields of Vietnam, to Watergate and the resignation of Nixon, Kennerly’s photography has captured countless moments in history. This talk will transport you to the room where President Ford ended the Vietnam War, Egyptian President Sadat’s historic trip to Israel, the horrors of Jonestown, Reagan and Gorbachev’s Fireside Summit in Geneva, the governor’s mansion with George W. Bush as the 2000 election ended in a tie, an elevator with President and Mrs. Obama on inaugural night, and with Trump the night he won the presidential election in 2016. Kennerly was there for all of that and more, and he will take you along for the photographic ride of your life.

David Hume Kennerly has been a photographer on the front lines of history for more than 50 years. At 25, he became one of the youngest winners of the Pulitzer Prize in Journalism. The 1972 award for Feature Photography recognized his work from the previous year, and included images of the Vietnam and Cambodia wars, refugees escaping from East Pakistan into India, and the Ali v. Frazier “Fight of the Century” World Heavyweight Championship at Madison Square Garden. Two years later, Kennerly was appointed President Gerald R. Ford’s Personal White House Photographer.

Kennerly’s photos have appeared on more than fifty major magazine covers, and he has documented history in more than a hundred countries. He has photographed eleven U.S. presidents, covered thirteen presidential campaigns, served as a contributing editor for Newsweek magazine for ten years, and was a contributing photographer for Time & Life magazines. American Photo Magazine named Kennerly “One of the 100 Most Important People in Photography.”

In 2019, The University of Arizona Center for Creative Photography acquired the David Hume Kennerly Archive. It features almost one million images, prints, objects, memorabilia, correspondence, and documents dating back to 1957. His work joins that of Ansel Adams, Edward Weston, Richard Avedon, W. Eugene Smith, and scores of other legendary photographers. The Oregon Historical Society honored Kennerly as a History Maker in 2016, an award presented annually to contemporary individuals and organizations that are positively shaping the history, culture, and landscape of Oregon. In 2018, University of Arizona President Robert C. Robbins appointed Kennerly the university’s first Presidential Scholar.

Listed prices include all box office and service fees. Please note that seating is general admission.

Tickets are on sale now. OHS members were sent an email on September 6 with details on how to access members-only pricing. If you did not receive this email, please email orhist@ohs.org or call 503.306.5220.

Tickets are sold exclusively through The Reser. Purchase tickets online or contact the Box Office by phone at 971.501.7722, by email at boxoffice@thereser.org, or visit the box office inside the lobby of The Reser, located at 12625 SW Crescent Street in Beaverton. Box Office hours are Wednesday through Saturday 12pm to 6pm (hours are subject to change). The Box Office is also open 90 minutes prior to each performance and remains open 30 minutes after the performance start time.

All sales are final.

Please note that this event is in-person only and will not be recorded or livestreamed.

While COVID-19 vaccinations and masks are encouraged, they are not required to attend this event. Visit The Reser’s website to learn more about their enhanced safety measures. 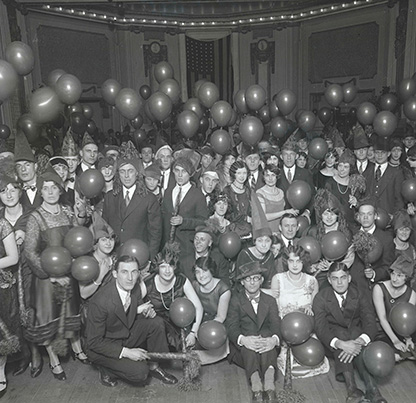