The U.S. Goes to the Great War: What Happened, Why It Matters Today

World War I marked a turning point in world and U.S. history that is far too little understood today. The United States’ formal declaration of war and entry into the Great War in April 1917 represented a seismic shift for the nation, which to that point, had attemped to avoid larger scale entanglements in European power politics and conflicts. One hundred years later we are in a position to recognize the epochal changes heralded by the First World War and the U.S.’s role in the conflict as well as its aftermath.

Dissent and World War I in the United States and Oregon

The Americans who opposed World War I built the largest, most diverse, and most sophisticated peace coalition up to that point in U.S. history. They came from a variety of backgrounds: wealthy and middle and working class, urban and rural, white and black, Christian and Jewish and atheist. They mounted street demonstrations and popular exhibitions, attracted prominent leaders from the labor and suffrage movements, ran peace candidates for local and federal office, and founded new organizations that endured beyond the cause. For almost three years, they helped prevent Congress from authorizing a massive increase in the size of the U.S. army—a step advocated by ex-president Theodore Roosevelt. Then many persevered, in the face of a concerted campaign by the government to silence them. Several anti-war activists founded the organization that became the ACLU to defend those whom the state prosecuted for refusing to change their minds. Soon after the end of the Great War, most Americans believed it had not been worth fighting. And when its bitter legacy led to the next world war, the warnings of these peace activists turned into a tragic prophecy—and the beginning of a surveillance state that still endures today. 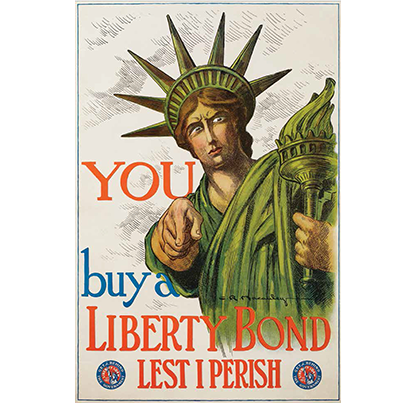 Americans fought their wars for democracy at home as well as abroad. Wartime propaganda and policies defined new rules for the status and practice of citizenship in Oregon and across the nation. Women activists, for example, claimed a more complete female citizenship. For women of color and women in ethnic communities, this push intersected with claims and contestations rooted in their racial and ethnic identities and pushed back against a system of white racism that seemed destined and determined to expand. Native Americans, African Americans, immigrants, and hosts of others all engaged in war-related debates and activism that furthered their ongoing claims to civic rights and obligations. Some saw the promise of citizenship through wartime loyalty in support of government programs and the war effort. Others claimed a citizen's right to dissent, often paying a high price to do so. This panel will provide audiences an overview of these histories and create opportunity for discussion about their ongoing legacies today.