Home Blog What a Ride: From Personal Treasure to Museum Collection

The Dipper roller coaster ride is pictured here in about 1928, the year it opened at Jantzen Beach Amusement Park. At the time of its construction, it was considered the largest roller coaster west of Chicago. OHS recently acquired a car from the ride, which is now part of its permanent museum collections. OHS Research Library, ba011778.

The Oregon Historical Society’s (OHS) museum collections include thousands of objects donated by countless Oregonians who, for over a century, have turned to the organization to preserve those histories. Almost daily, OHS receives donation offers from the public, but only a small fraction of those offers is processed and included in our museum inventory. So how do items become part of OHS’s museum collections? A recent, large addition — a roller coaster car — is a great illustration of OHS’s acquisition process.

As OHS Registrar, one of my responsibilities is to communicate with potential donors to help our team make decisions about what offers to accept into the museum’s permanent collections. When a donor contacted me In May 2017 to offer a car from the Big Dipper roller coaster ride (originally called the Dipper), once located at Jantzen Beach in Portland, Oregon, I was excited to bring the details to my colleagues for consideration. 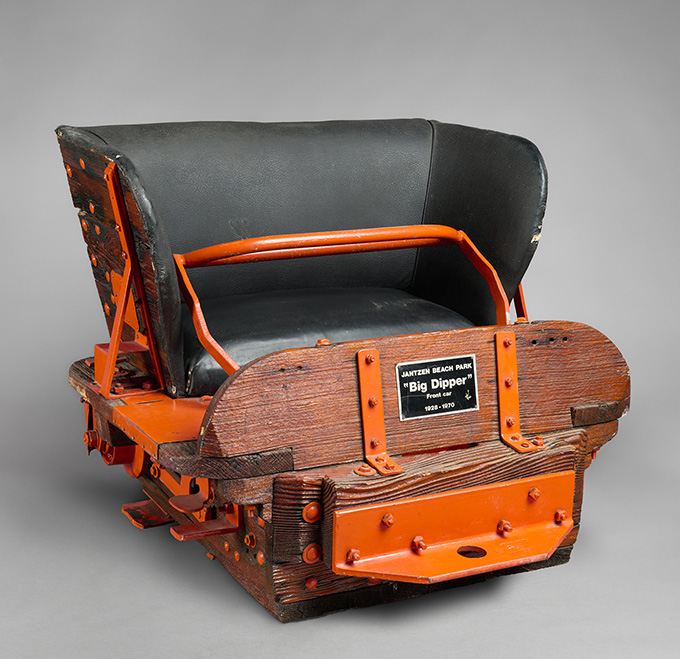 The Oregon Historical Society receives almost daily donation offers from the public. This car from the Big Dipper roller coaster is an example of the small fraction of items that end up in our permanent collections. OHS Museum, 2017-41.1, photograph by Robert Warren.

As part of the donation process, I typically ask a number of questions including how the donor acquired it, who made it, who previous owners were, and a brief history of how it was used. I also ask for photographs and inquire about the item’s physical state to assess whether there were condition issues, such as mold, pests, or damage. With that information in hand, the OHS museum acquisition team meets to discuss whether having the car in our collection would support and further OHS’s mission. We discuss whether we have similar items in our collections, whether the item in question is one-of-a-kind, and whether it has the ability to tell a story significant to Oregon’s history. If offered items meet our criteria, then we proceed with including it in OHS’s permanent collections. 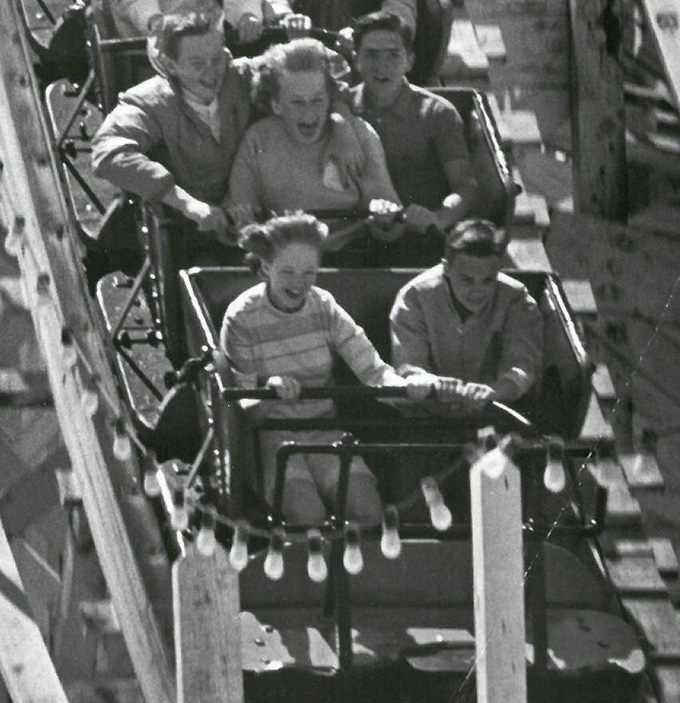 The front car of the Big Dipper roller coaster, now held in the OHS Museum collections, is pictured here during a ride in May 1964. Jantzen Beach amusement park closed six years later in July 1970.

In the case of the Big Dipper car, it had belonged to roller coaster enthusiast Joan Burleigh, who spent time traveling with her children around the United States, visiting amusement parks to ride roller coasters. Burleigh was a long-time member of the American Coaster Enthusiasts (ACE) and served as the first northwest ACE Regional representative in the 1980s.

Jantzen Beach Amusement Park opened in May 26, 1928, on Hayden Island, and was the largest amusement park in the nation during that time — over 123 acres — and cost $500,000 to build. Developers built the park as a place to highlight Jantzen, the Portland-based swimwear company, and its national efforts to encourage swimming. The Oregonian touted the park as “what all Portland has been waiting for,” where 1,000,000 gallons of water refreshed every eight hours to fill its large swimming pools (Oregonian, May 25, 1928). The park also included a “mammoth” roller coaster — the Dipper — designed by Carl Phare, which was “declared the largest west of Chicago,” and traveled “3,800 feet in one minute, with 14 dips, 5 of them over 35 feet, and the deepest 70 feet, straight down” (Oregonian, May 20, 1928). Other attractions at the park included the Kiddie Dipper roller coaster, the Golden Canopy Ballroom, a natatorium, picnic grounds, carnival games, and the C.W. Parker Carousel. 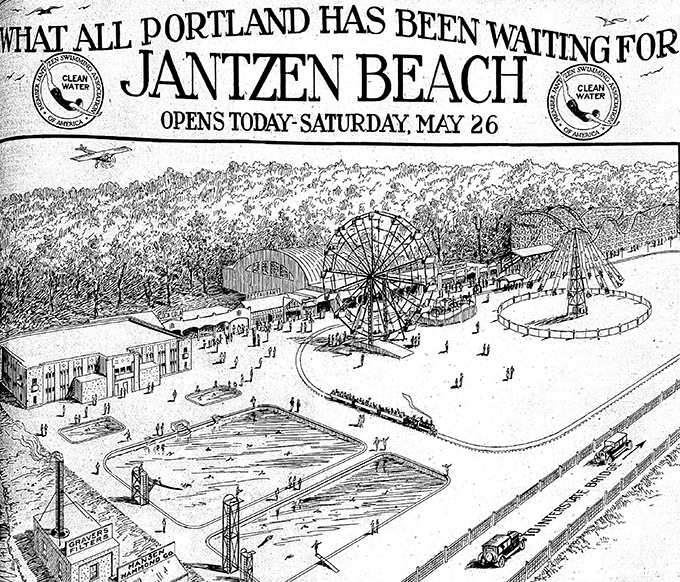 Jantzen Beach was featured prominently on page five of the “Morning Oregonian” on Saturday, May 26, 1928, when it was declared “What All Portland Has Been Waiting For.” The Big Dipper roller coaster can be seen in the top right corner of the newspaper illustration.

Attendance at the amusement park dropped following the 1948 Vanport flood, and the park never fully recovered. The park closed on Labor Day in 1970, and the rides were dismantled and sold.

The acquisitions team obviously had no issues saying yes to this offer, as the car was part of a beloved Oregon destination and connects to a company with ties to Oregon for over a century. The slideshow at the end of this post shows a number of views of the car, which has a black leather seat for two and a heavy, orange moveable metal bar in front of the seat to secure people for the ride. The body of the car is built out of thick pieces of wood reinforced by orange metal pieces. A black and silver metal plaque is attached to the front of the car and reads:  "JANTZEN BEACH PARK/"Big Dipper"/Front Car/1928-1970".

The Big Dipper roller coaster car and a bulk of OHS’s museum collections are stored at an off-site facility. So, when you visit OHS’s museum downtown and see items from our collection on display, know that they’re just a fraction of the objects in our permanent collection that embody the many stories of those who have shaped the state’s history.