Sometimes, when the interviews grow long, great stories are buried alive under mountains of technical information, political drama, and judicial minutiae. Sometimes they’re sweet, sometimes they’re funny, and sometimes they’re terrifying. But all of them are worth a few minutes of your time.

This story is from Mercedes Deiz, Oregon’s first black woman judge. A native of New York, she came to Oregon in 1948 to obtain a divorce, since it was still illegal in New York at that time. She fell in love with Portland, and decided to stay. Adapted from an oral history with Mercedes Deiz by Linda Brody, SR 1256, this tale relates a defining moment for her, which spurred her subsequent civil rights activism. 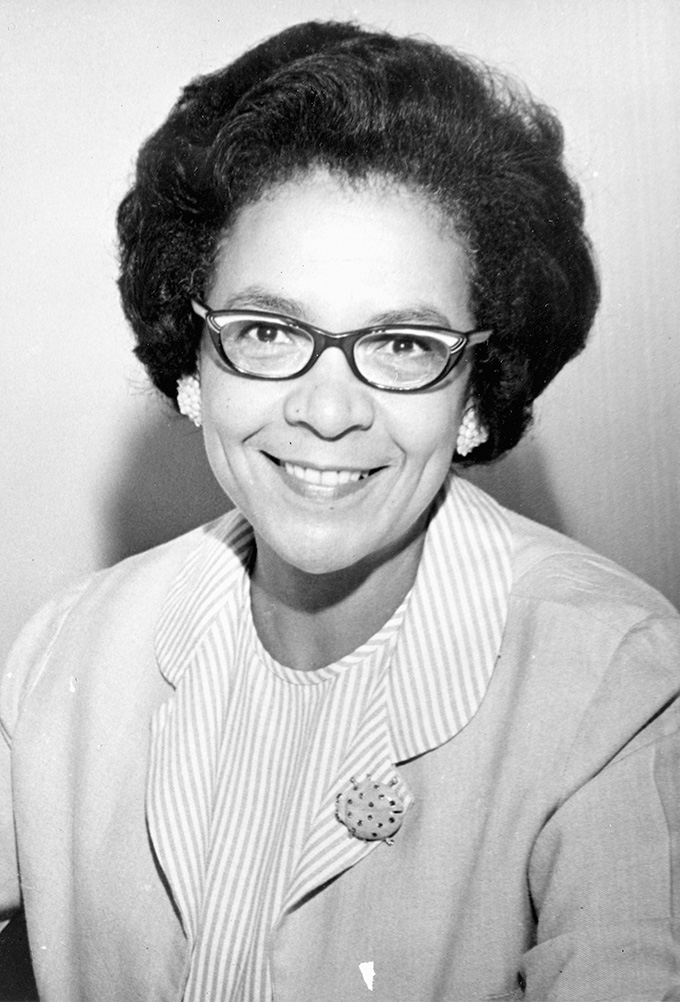 Mercedes Deiz, pictured here in about the 1970s, was the first black woman admitted to the Oregon State Bar, and when she was sworn in as a judge of the Multnomah County District Court on January 6, 1970, she became the first woman of color to be an Oregon judge. That appointment also made her the only woman then serving in that capacity. OHS Research Library, bb009554

Mercedes Deiz: The other impression I have of 1948 is that it's the only time in my life that I literally was discriminated against by a [restaurant] sign. I remember it because it's the only time that it's ever happened — an overt discrimination. I was with a friend. We drove up in a car — this was another thing we didn't have in New York either — they had these drive-up restaurants, drive-in restaurants. I never saw such a thing until I came West. The waitress came out too — this place was on Interstate Avenue going north toward Killingsworth; it doesn't exist any longer — and the waitress came out and my friend rolled down the window of the car and ordered a couple of hamburgers and two cokes and she said, "I'm sorry, I can't serve you." I was wondering what was wrong with her — my friend said "What do you mean you can't serve us?" because he was a very militant guy — and she said, "because I can't serve colored." I said, "You're not serious. First of all, we're not even going in to your stupid joint. We just want you to bring out a couple of hamburgers and cokes." She said, "I'm terribly sorry."

That got me started, literally, in Oregon, to get very active with the Urban League and the NAACP and go down to the legislature and start lobbying with lots of other people. By 1949, we did in fact get...the ability of every person to be accommodated in any place of public accommodation became the law of this state. I can't remember exactly the title for that kind of legislation — it went into effect by 1949. I'm not saying that Mercedes — it was still Owens at that time — was instrumental in having that done, but I was certainly very much a part of this kind of a fight to work together with many progressive minded people throughout Oregon, who thank God, changed the laws in this state.