Edith Starrett Green served in the U.S. House of Representatives for Oregon’s 3rd District for twenty years — winning her initial race for the seat in 1954 against Tom McCall. Green gained a reputation for her leadership in shaping federal policies on education, equal rights for women, and civil rights. Among her many accomplishments was drafting legislation that resulted in the 1963 Equal Pay Act. Green is pictured to the immediate left of President John F. Kennedy as he signs the Equal Pay Act on June 10, 1963. JFK Library and Museum, JFKWHP-AR7965-B

Today we’re unearthing a story from Edith Green. She represented Oregon's 3rd District in the U.S. House of Representatives from 1955 to 1974. President John F. Kennedy appointed her to the President's Commission on the Status of Women, which was created by Executive Order in 1961. Green championed the Equal Pay Act of 1963 and was instrumental in passing major education legislation, including the National Defense Education Act (1958), the Higher Education Facilities Act (1963), and the Higher Education Acts of 1965 and 1972 that included legislation enforcing gender equality in public education (Title IX).

The following excerpt (that we lightly edited for clarity) is a tale Green told during a 1978 interview conducted by Cynthia Harrison (SR 9036). In the interview, Green shares some stories about her efforts to bring equal pay legislation to the floor of the U.S. House of Representatives. 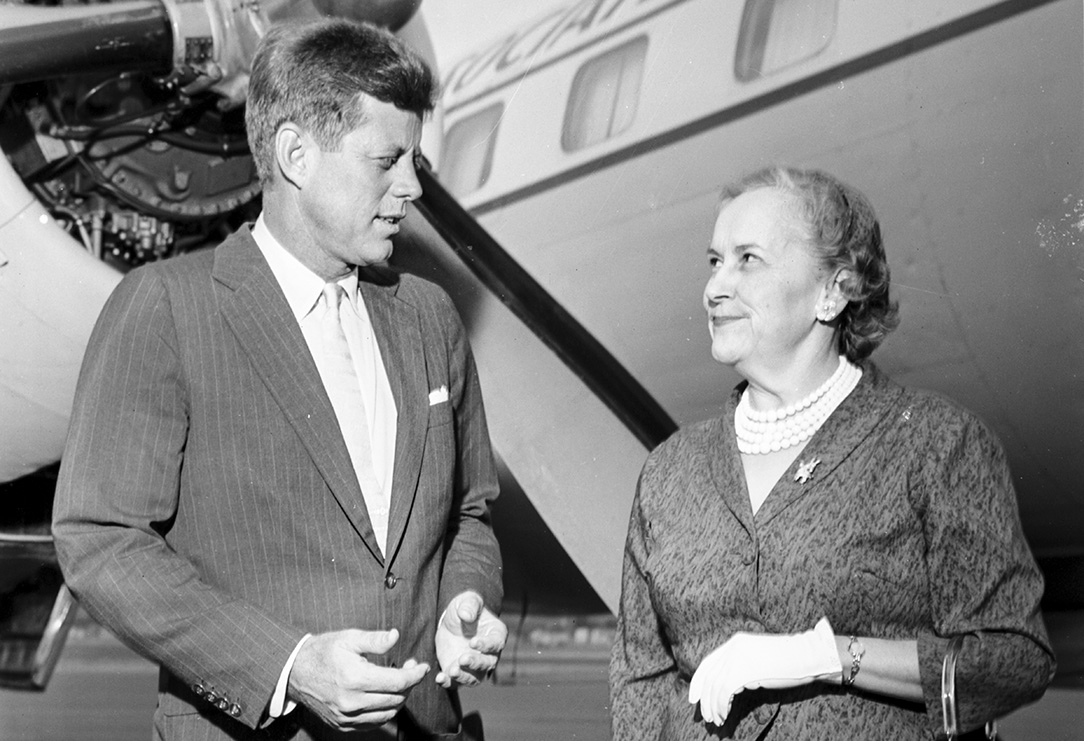 Green: You earlier said I introduced equal pay legislation, and you asked what happened to that. It simply gathered dust. They could not get any hearings on it. I remember going out of my way to be nice to Phil Landrum of Georgia, who was the chairman of the Labor Committee. We really had become pretty good friends, and one day he was on the floor, and I went in and sat in the row behind him. We were having a conversation, and I tapped him on the shoulder and said, “Phil, will you do something for me?”

In his true Southern gallant way, he said, “Anything, Edith, anything. You just name it and I’ll do it.”

I said, “Well, I have a little old bill that I want introduced, and when I tell you about it you can understand why I'm reluctant to do it. But you could do it. You men just have a great deal more work than the women members of Congress. You have far more constituents to serve; you have far more research to do; you work longer hours.” And I embroidered it a great deal. [Laughs] I said, “It really isn't fair for the women members of Congress to be paid the same as the male members. And this bill would provide a wage differential for male members because you do so much more. They would be paid differently.”

His reaction was as I hoped it would be. He went into outer orbit and said, “No, of course I won't do that! You know that you women have to work harder than the male members of Congress.”

I said, “Do you really believe that?"

I said “Phil, I'm so glad to hear you say that, because I've got a little old bill that’s gathering dust up in your committee, and it provides equal pay for equal work. I wonder if we could get some hearings on it?”

He gave me a look and smiled.