Home Blog Spice Cookies for You and Everyone You Know

Nellie Russell’s recipe for Ginger Drop Cookies in “The Ashland Cook Book,” published in 1903, produced a pillowy cookie, very different from molasses cookies that are rolled in balls and dredged in sugar before baking.

December is the spice cookie’s time to shine, and if a 1903 recipe calls my name, who am I to refuse it?

The recipe in question comes from The Ashland Cook Book published by the Ladies of the Saturday Afternoon Club in Ashland, Oregon, a copy of which is held in OHS’s research library collection. Contributed by one Nellie Russell, the recipe for Ginger Drop Cookies reads as follows: 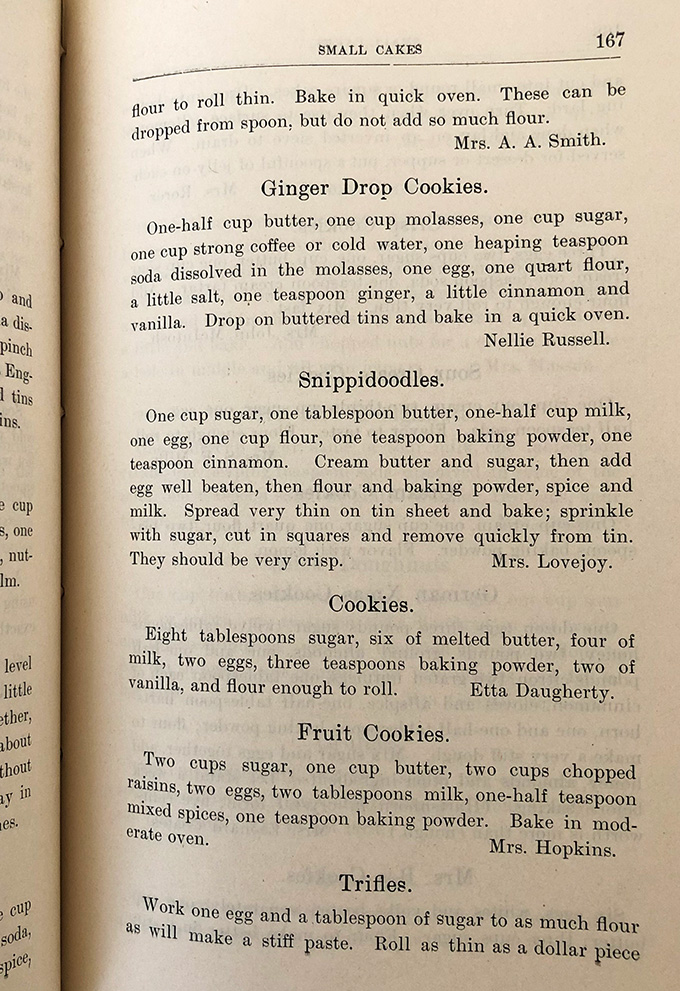 The ginger drop cookie recipe, like those found in many historical cookbooks, is short on instructions, as are the surrounding recipes, which include Snippidoodles, Cookies, Fruit Cookies, and Trifles. OHS Research Library, Vault 641.5 A826c 1903.

One-half cup butter, one cup molasses, one cup sugar, one cup strong coffee or cold water, one heaping teaspoon soda dissolved in molasses, one egg, one quart flour, a little salt, one teaspoon ginger, a little cinnamon and vanilla. Drop on buttered tins and bake in a quick oven.

This did not seem daunting, despite the typically minimalist instructions, but it did require a bit of forethought. First, I had to investigate how many cups are in a quart of flour, which turned out to be a whopping 4.65 (or 581 grams, but it’s difficult to commit to precision when a recipe also calls for “a little cinnamon”). Second, based on last year’s experience with slightly bland historical gingerbread, I determined that a ratio of 1 teaspoon of ground ginger to 4.65 cups of flour was not going to cut it, and I doubled the ginger to 2 teaspoons. I also used 1 teaspoon cinnamon, ½ teaspoon salt, and 1 teaspoon vanilla. I opted for coffee over water, because I know which of those two liquids I prefer to drink, and it is the one with flavor (and caffeine).

I whisked together the flour, salt, and spices, and then, in my trusty mixer, creamed together the butter and sugar. I added the egg and the molasses with dissolved baking soda and beat them until incorporated. As I added the coffee, I watched my normal-looking batter become an appalling soup that possibly resembled toxic sludge and definitely resembled something that no one would consume except as a dare. Is this supposed to happen? Should I have added the coffee with the molasses and egg? Who can say? Nellie Russell certainly didn’t. At any rate, it quickly became clear that the soup was not going to emulsify, so I began adding the flour mixture in batches, and, to my relief, the mess developed into a smooth, pleasing dough. At this point, I popped the bowl in the fridge for about 10 minutes, because the dough was a bit soft, and I had a flashback to August, when my attempt to bake chocolate chip cookies while it was 85 degrees in my kitchen resulted in an unintended creation that I would charitably describe as a sheet cookie. 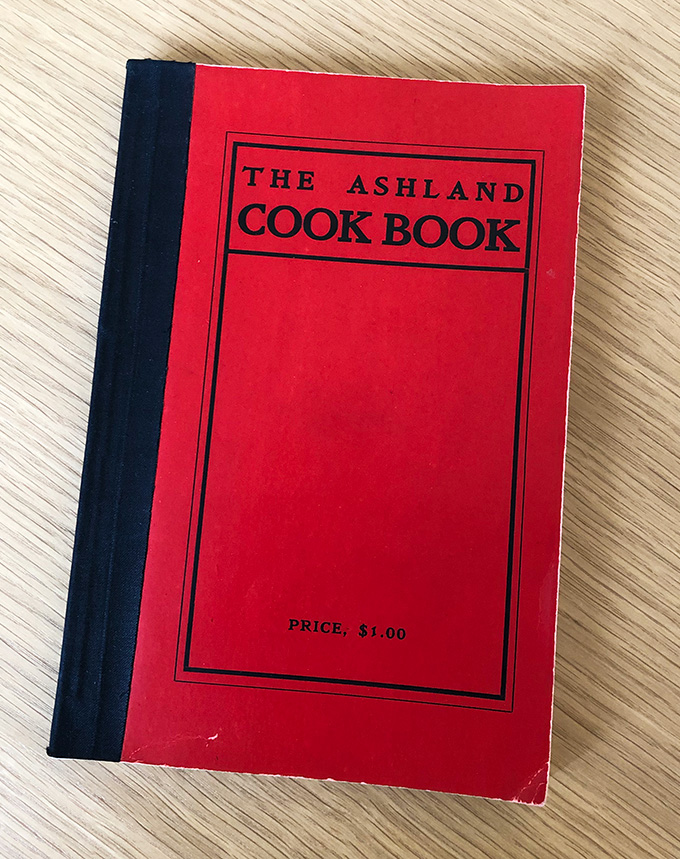 After its cooldown period, the dough seemed sufficiently stiff (although quite sticky, due to the molasses), and I baked the cookies at 375 degrees for about 10 minutes. Many cookies of the molasses variety are rolled into balls and then coated with sugar before baking, and they’re typically flat, with a caramelized exterior from the sugar. These drop cookies, however, were something else. They rose substantially during baking and kept their height after cooling. When I bit into the first one, it was sweet without being overwhelming; it had a good molasses punch and a light, cakey texture. It was fluffy. Pillowy. Plush. I ate a second one. And a third.

The Ginger Drop Cookie recipe makes a few dozen cookies that are delicious enough to share and best eaten within a few days. They’re a perfect accompaniment to coffee or cocoa.

The cookies were best within the first couple days after baking and a perfect accompaniment to coffee or cocoa. That said, the recipe could use more adjustment. The cookies were a smidge dry, and even with the extra ginger, the quantity of spices was too small — I would triple the original amount of ginger, double the cinnamon and salt, and perhaps add allspice. But I loved these cookies, as did most others who tried them, and they may be my favorite historical baking experiment so far. It’s a good thing, too, because this recipe made fifty-two generously sized cookies. So, if you’re looking for a recipe that will supply you, your family, all the neighbors on your block, and maybe anyone you really like on the next block, Nellie Russell has you covered. It is, after all, a good time of year to spread cheer.