The mountain formerly known as “Negro Ben Mountain” was officially renamed in November 2020 to document the person behind the name — a Black blacksmith named Ben Johnson. The mountain, pictured here, is located in Jackson County, Oregon, near the Applegate Valley. ©2020 Google

In 1908, Oregon Gov. George Chamberlain established the Oregon Geographic Names Board (OGNB) to advise the U.S. Board on Geographic Names (USBGN). It operates under the auspices of the Oregon Historical Society, as the Society’s Executive Director serves as the board’s secretary. Geographic names have been documented and standardized in the United States since 1890, and OGNB is one of the most active state boards in the country. OGNB is made up of 25 board members, 24 of whom are volunteers. The Oregon board receives new name proposals or name change proposals for geographic features from federal, state, city, and tribal governments, or private citizens. During that process, the board reviews each proposal, conducts its own research, and notifies possible stakeholders, including Oregon’s federally recognized Tribes. Once the review is complete, and the stakeholders have a chance to respond, the state board votes on whether to send it to the USBGN for a final decision.

An example of the type of new name proposals OGNB considers is the recent, important name change of Negro Ben Mountain, located in Jackson County, Oregon. The proposal highlighted the story of the man behind the mountain, which history had forgotten for over one hundred years. The late Lewis L. McArthur, the author four editions of Oregon Geographic Names, wrote of what he knew of the mountain in 1990:

The  name was very old and appeared to have been derived from a man named Ben who operated a small blacksmith shop near the [Applegate] river and accommodated miners by sharpening picks and other tools. Ben’s last name appears to have been lost in posterity. 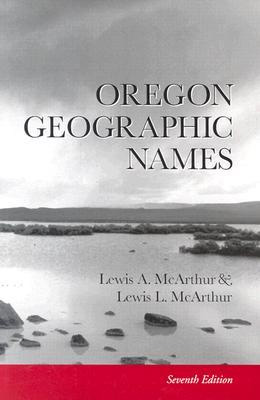 In 1928, Lewis A. McArthur published the first edition of “Oregon Geographic Names,” which is a comprehensive reference to place-names throughout the state. The most recent 7th edition, now out of print, includes more than 6,200 entries reporting what is known about the origin and meaning of each name.

In 2003, Southern Oregon Historical Society (SOHS) historian Jan Wright stumbled on a reference to this Applegate Valley blacksmith while researching other names. Wright wrote: “The Applegate settlers started calling the mountain ‘N----- Ben’ after Ben, the blacksmith.” The pejorative name for Ben apparently gained acceptance as it began to appear on U.S. Geological Survey (USGS) topographic maps as early as 1921. In 1964, the U.S. Board on Geographic Names (USBGN) changed the original racist term of the mountain to “Negro,” a term deemed more acceptable at that time. But as Wright noted, calling out Ben’s race was important historical information: “If they had referred to the mountain simply as Ben’s Peak, or left it nameless, that would have erased the evidence that people of color had a historic impact on the area.”

Ben Johnson operated a blacksmith shop in the Applegate Valley between 1868 and 1869 before moving to Albany, Oregon. He is pictured here in about 1870. Image courtesy of the Lane County History Museum.

During her research, Wright came across a Benjamin Johnson listed as “colored” in 1868 and 1869 assessment rolls for Jackson County and made the connection to the mountain. Wright explained that Johnson, who was “identified in some records as mulatto,” lived and worked at the base of the mountain named for him for just two years in 1868 and 1869. She then tracked Ben Johnson to Albany, Oregon, where he married in 1870, had a family, and is buried. It is possible that he never knew that after he left the valley, the mountain behind his blacksmith shop would be named for him.

Although Johnson no longer lived in the Applegate Valley, the mountain’s offensive name remained on federal maps as late as 2017. Acceptance of the word “negro,” found in many placenames around the country, began to change, and the public expressed interest in removing the term from Oregon places. Portland resident Margo Schembre felt that way about Negro Ben Mountain. She had read Wright’s article and had some familiarity with the land feature. In July 2019, Schembre sent the OGNB a proposal to change the mountain’s name from Negro Ben Mountain to Ben Johnson Mountain. She wrote: “The mountain [originally] was named for Ben Johnson, a local black blacksmith….We know his last name, it’s appropriate and respectful, in 2019, to call it Ben Johnson Mountain and not ‘Negro Ben’.”

OGNB board member Gwen Carr, who is affiliated with the Oregon Black Pioneers (OBP), brought the proposal to the attention of Zachary Stocks, OBP’s Executive Director. In a response letter to OGNB, Stocks wrote:

We believe the memory of Ben Johnson is best-preserved by having his full name featured in the official place name, without any sort of racial qualification. For many years, Ben’s last name was unknown. Now that it is known, Oregonians should acknowledge the dignity of his life and the value of his contributions to the Uniontown community by referring to the mountain by his full, actual name, not by a pejorative term ascribed to him by others or with outdated racial terminology.

In October 2020, the OGNB met and voted to forward the proposal to the USBGN, and on November 11, 2020, it officially approved the name change. Jan Wright and others’ creative investigative work and the letter of support provided by the Oregon Black Pioneers helped sway the USBGN to its decision.

Ben Johnson is gone now, as he died in 1901, but the mountain will now carry his full name — Ben Johnson Mountain. OBP’s statement on the name change emphasized the importance of the name change in commemorating geographic places of significance to African American history in the state.

Visit OGNB’s landing page on ohs.org to learn more about proposing a new name or name change. Readers can also sign up for the Oregon Historical Society’s email list to receive weekly e-digests that will feature periodic updates on OGNB name proposals and entries from the now out of print Oregon Geographic Names, 7th edition. 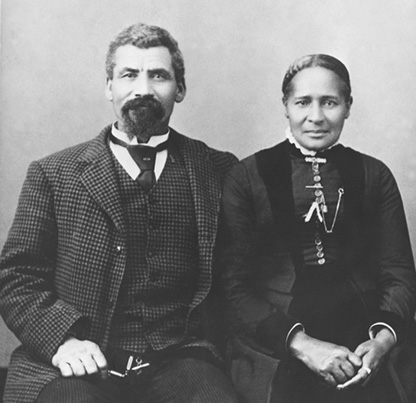 At long last, "Ben" gets a last name: Johnson. Ben Johnson's full name will appear on maps indicating the mountain in the Applegate Valley heretofore known as "Negro Ben," which was itself a revising of an even more offensive name. Oregon Black Pioneers worked with the Oregon Geographic Names Board to get the name of the 19th-Century blacksmith applied to the mountain where he lived briefly during Oregon's gold rush.

END_OF_DOCUMENT_TOKEN_TO_BE_REPLACED

Submitted  by Margo Schembre, July 28, 2019. “The mountain was named for Ben Johnson, a local black blacksmith. The summit historically was known as N----- Ben Mountain until the present name officially was adopted in 1964. We know his last name, it's appropriate and respectful, in 2019.”