Home Blog Of Mountains and Metadata: The Photographs of Donald Burkhart

One of the great things about leading the team developing the Oregon Historical Society’s digital collections is diving into the collections and looking for potential digitization projects. During that process, we often end up following threads in our collections that can sometimes unravel deep and unexpected stories.

I recently fell into a collection rabbit hole that began while looking for materials relating to the Lewis and Clark Centennial Exposition. As you can expect with an event of that size, photographers heavily documented the occasion and local studios were buzzing about the event. During the early twentieth century, photographers would often move around or contract with multiple studios, and it was fairly common for the studios themselves to merge or split. As a result, it is common to see familiar names when looking into these studios and following these movements over time. 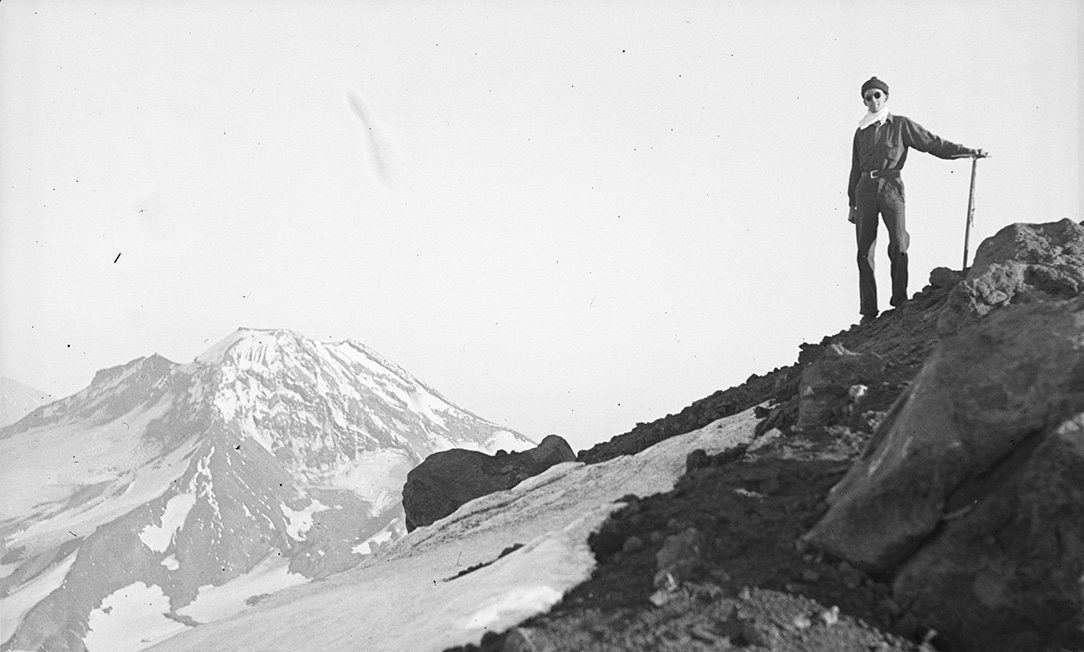 In this case, Portland photographers Ray Atkeson and Al Monner were two people I traced through the 1930s. Both worked at times for Photo Art Studios and belonged to organizations such as the Oregon Camera Club, the Mazamas, the Wy’east Climbers, among others. Because of their associations with outdoor clubs and photography, I found a finding aid for OHS’ Donald Burkhart photographs. Burkhart was an avid outdoor enthusiast and skier as well as a photographer, and his collection at OHS consists of over 2,000 images taken in the Cascade Mountains, along the Columbia River Gorge, and on the Oregon Coast. Atkeson and Monner accompanied Burkhart on numerous mountaineering trips. 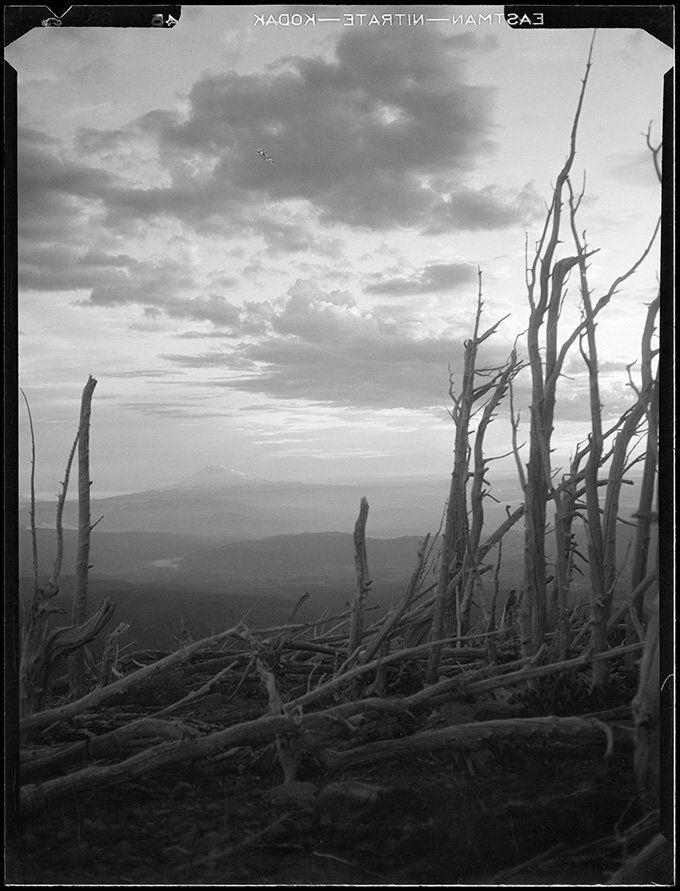 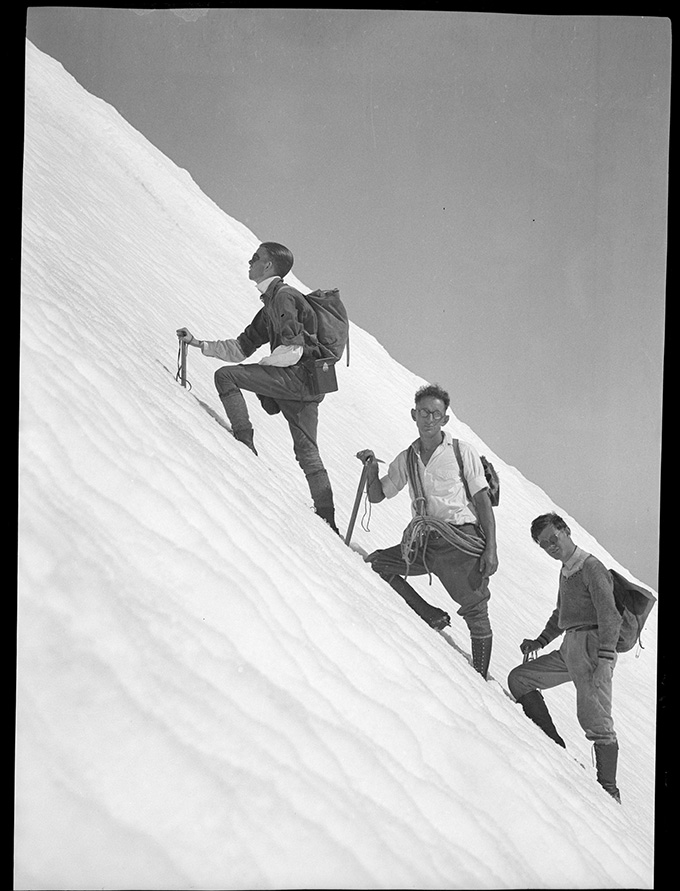 Burkhart died in September 1933 in a mountaineering accident on Mount Jefferson — he was only 23 years old.  Burkhart’s death was covered pretty extensively in newspapers at the time, and after doing some reading, I found out that he and the other members of the party were caught in an avalanche and tossed down a crevasse. When the party didn’t show up in Portland after their weekend trip, an extensive search and rescue operation was organized, with members of nearly every major climbing group in the state trekking to the remote camp at Jefferson Park to help in the efforts. My colleague Katie Mayer, who has spent the past two years digitizing OHS’ Oregon Journal negatives, also happens to have an incredible memory and recalled seeing photographs of the rescue published in the Journal — the newspaper where Monner would later have a long career as a photographer. 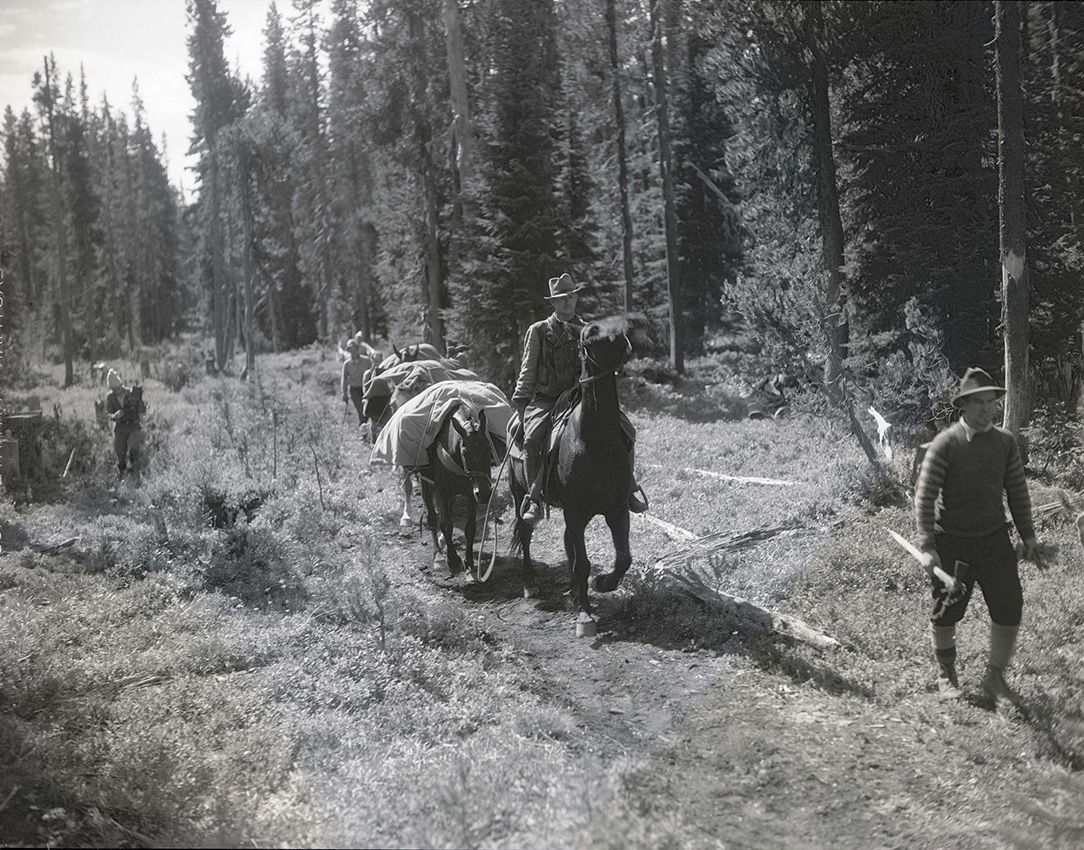 The Oregon Journal published several photographs, including this one, on September 10, 1933, documenting the rescue team who brought back the bodies of three climbers — Donald Burkhart, Davis McCamant, and John Thomas — who were caught in an avalanche on Mount Jefferson the week before. OHS Research Library, Oregon Journal Negative Collection, Org. Lot 1368, box 374, 374N0483.

Engrossed in the story of the collective effort of the rescue and eventual recovery operations, as well as the emerging picture of Donald Burkhart, I remembered another thing that caught my attention in the finding aid — references to photographer “logbooks” that sounded a lot to me like METADATA. I pulled the box to take a look and found that Burkhart had created a detailed account of every negative in the collection, documenting every significant trip or climb in the last seven years of his life. 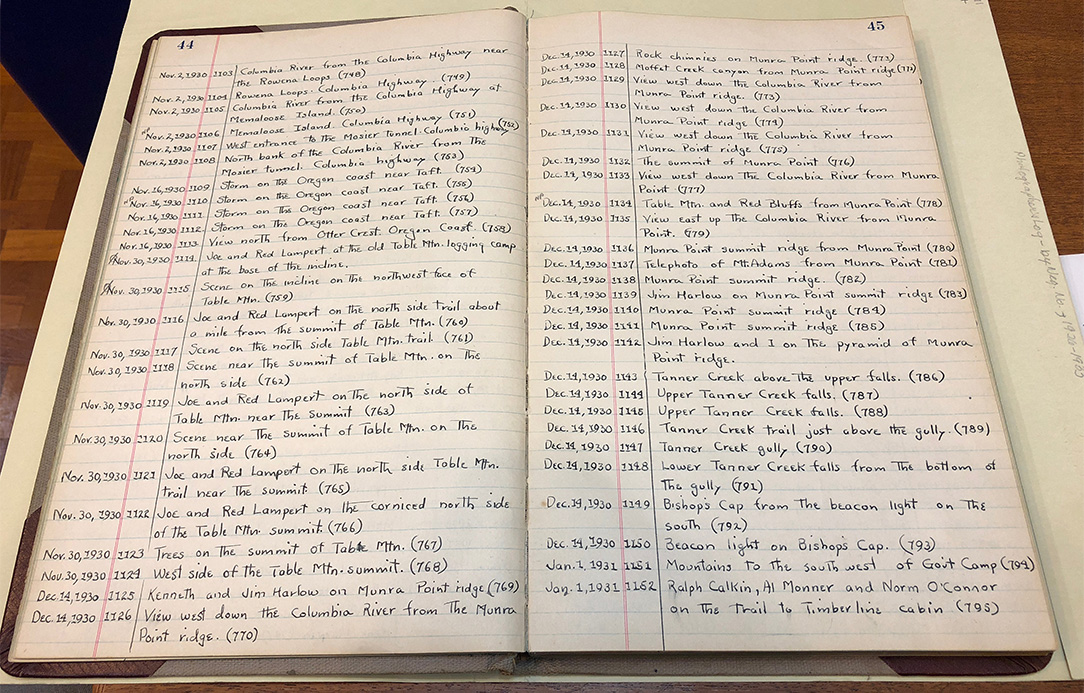 This 1930 logbook created by Donald Burkhart, an avid mountaineer and skiier, documents over two thousand photographs that he took on trips throughout the Cascade Mountains, Columbia River Gorge, and Oregon Coast. The log clearly accounts for every negative, with a number, date, location, and description. The Burkhart collection is available at the OHS Research Library, Org. Lot 371.

Descriptive metadata can often be time consuming and difficult to create. When digitizing the Oregon Journal collection, for example, the negatives didn’t include any caption information. Sometimes, clues in the images made it possible to trace them back to their original context in the newspaper. Other times, we could only describe what we could see in the image. The degree of description can make all the difference in providing access. The more information we have about the subjects, places, and events depicted in these photographs, the more accurate information we can provide with the images to help enrich the scholarly value and discoverability of the collection. Search any library catalog or digital collections for the term "unidentified," and it will be immediately clear how important context can be.

It is pretty rare to find photograph collections, especially from this era, that account for every negative with the number, date, location, and description let alone in such a clear, organized, and legible format. Burkhart’s meticulous record keeping provides a window on relationships built on the slopes of Oregon’s most daunting peaks and behind the camera lens. From a larger perspective, the collection also serves as a valuable record of places around the state — some that have changed a great deal over time — during the mid 1920s to early 1930s. From an archivist’s perspective, Burkhart’s logbooks are a metadata jackpot and make the collection a pretty great candidate for digitization. I've heard it said that “metadata is a love letter to the future” and in this case Burkhart maybe never intended for these logs or photographs to be a carrier of his memory into the future, but we're sure glad they're here. 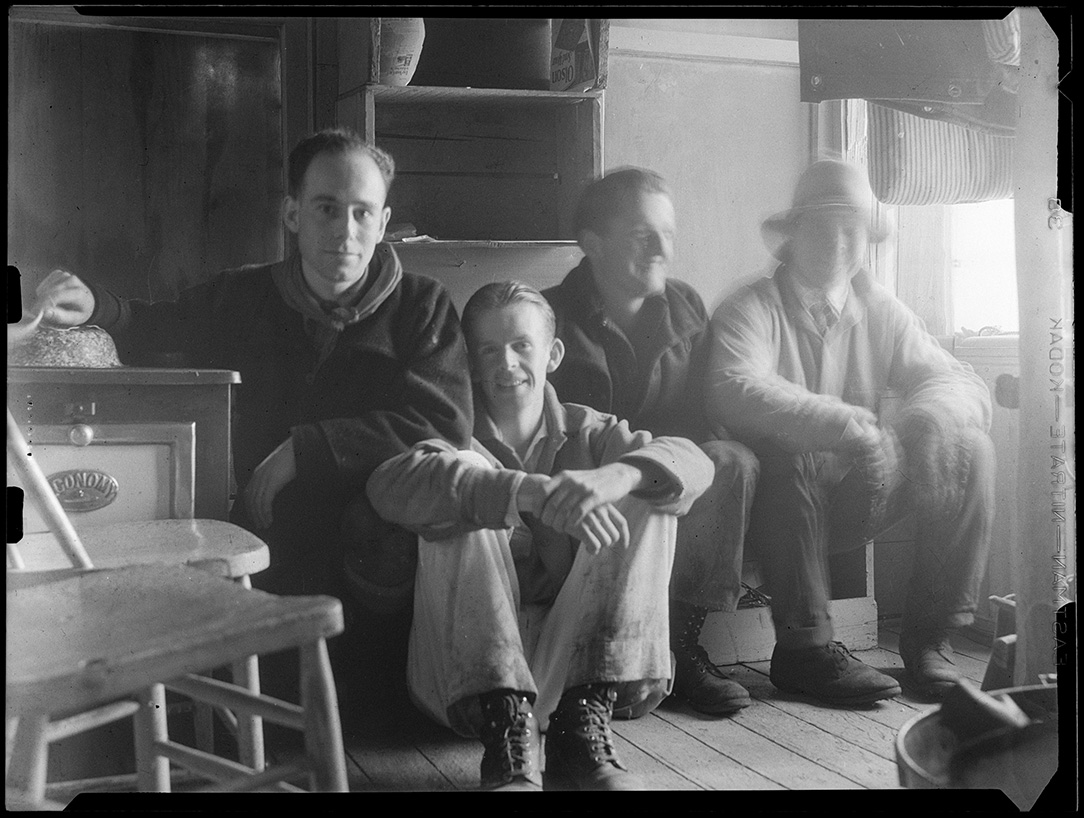 From left to right are Alfred Monner, Donald Burkhart, Barrie James, and Ray Atkeson in a cabin at Observation Peak in Washington on September 20, 1931. The photograph was taken by Monner (who is pictured holding the camera’s shutter release cord). OHS Research Library, Donald D. Burkhart Photographs, Org. Lot 371, DB1738.

OHS Digital Collections is an access platform for high quality digital items from the OHS Research Library’s collections. With over 21,000 items at the time of writing and new items added every week, OHS is committed to providing broad access to our collections. You can help support these efforts through our FORWARD! Campaign initiative.