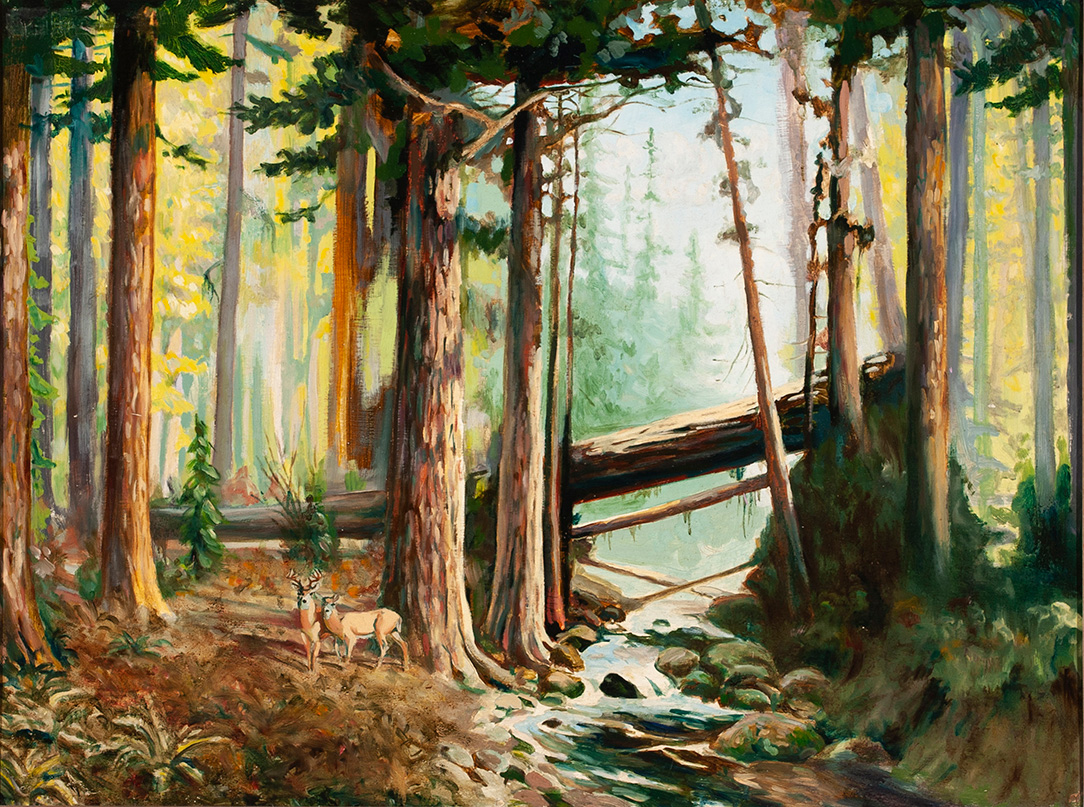 From 1933 to 1943, the New Deal also created jobs for artists under several programs. First came the Public Works of Art Project (PWAP), followed by The Section of Fine Arts (The Section), the Treasury Relief Act (TRAP), and the Works Progress Administration, Federal Art Project (WPA/FAP). For ease, the artworks created from these projects are collectively referred to as “New Deal art.” According to the General Services Administration (GSA), “the New Deal art programs governed how the artists were selected and paid, how the art was documented, and, ultimately, where it was installed or to whom it was distributed.”

Non-moveable New Deal art that was made for public buildings, such as A Pageant of Oregon History, is considered a part of the building, due to it sharing a physical structure. According to a GSA bulletin: “All works of art executed with the intent that they should occupy a particular place in some public building are to be treated as part of that building” but moveable New Deal Art is still owned by the federal government.

The GSA manages the federal Fine Arts Program and is charged with inventorying New Deal art, although the art is cared for and physically possessed by other repositories and individuals, including the Oregon Historical Society (OHS). Moveable New Deal art exists in museum collections as well as in private collections. It was likely removed from federal properties or original locations without understanding of the complex legal ownership issues. Employees may have taken some home or offices may have felt it was appropriate to “donate” artworks to repositories. OHS has received “donations” of New Deal Art in both ways. But, federal property is treated differently than private property by law; therefore, it is impossible or highly unlikely any moveable artwork created under a New Deal program listed above is owned by anyone other than the U.S. government.

OHS is a repository for several pieces of moveable New Deal art, including paintings by Littleton Dryden and Rockwell Carey — see the slideshow below for images of some of the artworks safeguarded by OHS. 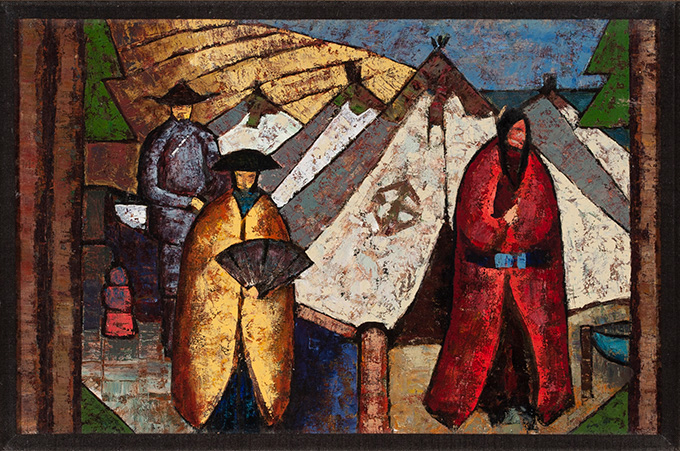 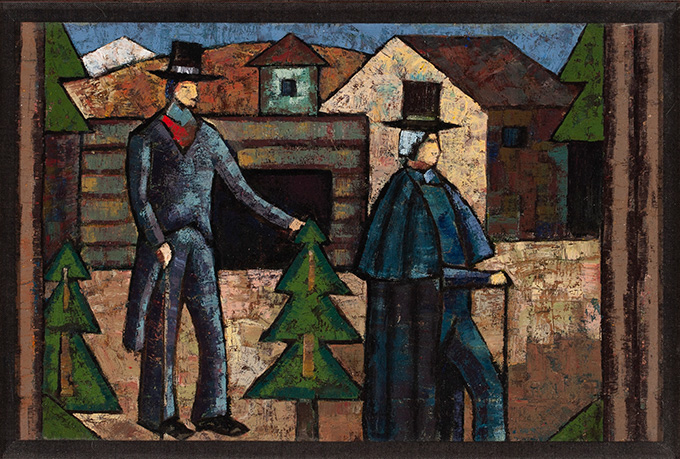 All three paintings above were a study for a 1936 mural, “Immigration,” by Howard Stoyell Sewall, at the Oregon City High School that was completed under the WPA. As studies, they are not inventoried as New Deal art and were legally donated to OHS in 1999 by the Estate of Ruby E. Hammill, a personal friend of the artist.

Recently, a few artworks were loaned to the Tacoma Art Museum (TAM) for their exhibit Forgotten Stories: Public Northwest Art of the 1930s, which was set to open in February 2020. Due to the COVID-19 pandemic, the exhibit did not open. Luckily, you can watch an excellent virtual tour of the exhibit at TAM; purchase the detailed compendium by curator Margaret E. Bullock, New Deal Art in the Northwest: The WPA and Beyond; and watch a conversation with Bullock and conservator Nina Olsson, of Heritage Conservation Group.

Watercolor of two buildings in Portland by Nicolai Hetrovo, 1934. Hetrovo (1892–1956) was born in Russia, and worked as an architect, as well as an artist for the Public Works of Art Project. OHS Museum, 69-40.3, courtesy of the Fine Arts Collection, U.S. General Services Administration New Deal Art Project.

Public Works Art Project portrait of OHS’s longtime curator George H. Himes by Rachel Smith Griffin (1906–1983). The oil on canvas artwork depicts him reading from a book and dates to 1933–1934, a few years before his death in 1940. Griffin was active in the arts and culture scene of Portland in the mid-20th century. OHS Museum, 75-1.47, courtesy of the Fine Arts Collection, U.S. General Services Administration New Deal Art Project.

“Forest,” circa 1938, by Littleton Dryden. Little is known about Dryden, whose painting of this Oregon forest was supported by the Federal Art Project (FAP). This Dryden painting, created for exhibition at state fairs and public meetings, is from a collection of twelve ordered by the Soil Conservation Service in about 1938. OHS Museum, 87-205.1.1,.2, courtesy of the Fine Arts Collection, U.S. General Services Administration New Deal Art Project.

Percy L. Manser (1886–1973) was born in England but lived in Hood River from 1917. He worked in watercolor and oil, including murals all over his adopted hometown. He ceased his work as an orchardist to devote himself to painting. This oil painting of a snowy landscape is a product of his time with the Public Works of Art Project, 1933-1934. OHS Museum 2003-1.62.1,.2, courtesy of the Fine Arts Collection, U.S. General Services Administration New Deal Art Project.