Today we’re unearthing a story from John E. Jaqua, a graduate of the University of Oregon Law School and a Eugene attorney. He also served on the board of Nike, Inc., from 1964 to 2004. Jaqua’s association with Nike brought him financial success, and he and his wife fundraised for and supported many local causes. The following excerpt (that we lightly edited for clarity) is from a tale Jaqua told during a 2000 interview conducted by Donald W. Brodie (SR 1263). In the interview, Jaqua relays the story of the creation of Nike, Inc. 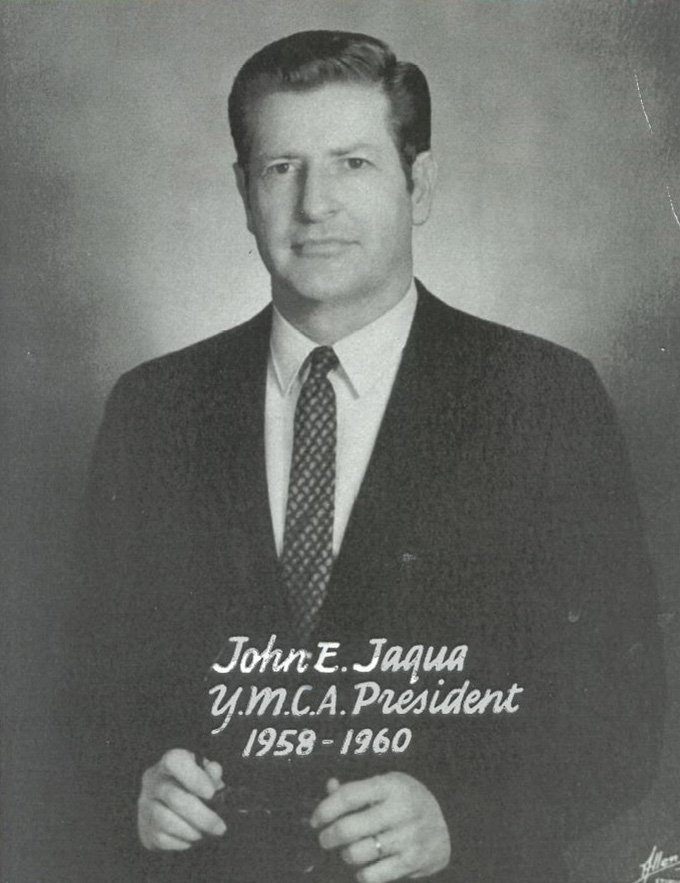 Jaqua: In fact, Nike started in our living room.. . . It was because of friendships with Bill Bowerman. I had met Phil Knight, and I had represented Bowerman. Phil had run here at [the University of] Oregon. He was a miler here. At that time, Bowerman was making all the shoes for his athletes at home in his kitchen. Knight had written a thesis on a shoe company for his MBA at Stanford, and his father gave him a trip to Japan when he got his MBA as a reward.

Anyway, there was a shoe company in Japan called Onitsuka Tiger. Knight went over to Japan…to see if he could become a distributor for Tiger shoes in the United States. They asked him what company he represented. He had been drinking Blue Ribbon Beer the night before, so he said “Blue Ribbon Sports,” so that's how that name got started. Then they told him he would have to have a $50,000 guarantee at the bank before they could do any more talking. He called me and asked me if there was any way I could arrange a special meeting with Bowerman. I guess he figured Bowerman would ask me about getting the money anyway. I said yes.

So, Phil and Bill came down to our house on a Sunday morning and they agreed to form a little partnership. We had a deal in which 10 people would guarantee $5,000 apiece to the bank so they could get the money to get started. Tiger Shoes had a man named Katami who was their world sales representative.. . .

Well, we started importing Japanese shoes. They started manufacturing shoes that Bowerman designed. Cortez were track shoes he designed for walking. His track shoes were quite successful.

Finally, we were doing too well, so Katami came around and said he didn’t think we were quite conforming with all the distributor agreements, but they could get along with that and waive those problems, but they would have to have 51 percent of the partnership. We told him they weren't going to get any of it. He said, “Well then, we will no longer be sending you shoes.” So, he walked out. We were right here in this building, in this office.

I said to Knight, you know, you’re not going to get any more shoes so you better get the hell over to Japan to find somebody who can make some shoes, and we are going to have to form a company. Which is what happened.

My wife’s brother, Chuck Robinson, lived in San Francisco and in Peru. He was the head of the Marcona Mining Co., which was the biggest steel exporter from South American to Japan and he dealt with a trading company called Nissho Iwai. They had seven major trading companies. We worked through them because we had to have an importer of record. Nissho Iwai made millions of dollars over the 20 years that they were associated with Nike. They got a percentage of everything that came in or anything that left Japan. 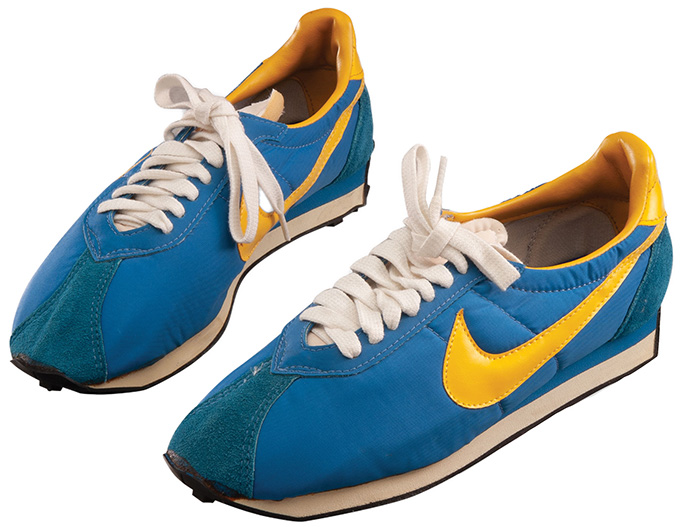 Jim Johnson thought up the name Nike. He knew Greek literature and knew it was the goddess of victory. They went to a Portland State art class and had a $35 reward for anyone who could come up with a trademark, and that’s where the swoosh came from. Knight went to Japan and talked to Nissho Iwai, and they started with a Japanese shoe manufacturer that was a competitor of Tiger. They flew a plane load of shoes over here. That was the first deal. They sold the shoes right out of the trunks of their automobiles at first. That was the genesis of the thing.

Brodie: The lawyer in me makes me ask about the original meeting at your house, was that partnership written out or was it mostly just a handshake.

Jaqua: It was a handshake. I never did draw up a partnership deal between those people. The lawyer in you was right. I never did do anything about guarantors I signed. Actually, I signed some and called them on the phone and said, “I need you to guarantee $5,000 for a friend of mine and I think it’s ok. Is it ok if I just put you down? I don’t think you’ll ever hear about it again.” It was ok.

I never took any stock in the company. I did eventually, but I never did as long as I was representing them….I think there is a conflict and you should avoid stock holders vs. the company….There was a time when I finally said, you know, this is taking too much of my time, and I never charged them, mostly because of Bowerman. Finally, I said, “I think you are going to have to get a house lawyer” and they did. They got their own.

After a couple of years, it got so that I either had to make a living off Nike, or get them somewhere where I could make a living from other things. And about that time, here came some stock in the mail from Phil Knight. I never even knew it was coming. And that’s all I ever had, just what he sent me. But it’s been a great thing. So that’s my relationship with it.

More of Jaqua’s interview can be found online at https://digitalcollections.ohs.org/sr-1263-oral-history-interview-with-john-e-jaqua