Builders completed the current Oregon State Capitol building in 1938, replacing the 1876 statehouse building that a fire destroyed in 1935. Cecil L. Edwards served as secretary for the Oregon Legislature in both buildings and describes in an oral history the events surrounding the construction of the new capitol building. OHS Research Library, OrHi 18035.

Sometimes when interviews grow long, great stories are buried alive under mountains of technical information, political drama, and judicial minutiae. Sometimes they’re sweet, sometimes they’re funny, and sometimes they’re terrifying. But all of them are worth a few minutes of your time. From the depths of the Oregon Historical Society (OHS) Research Library oral history collections, Dear Oregon brings you a miniseries highlighting some of those hidden moments.

Today we’re unearthing a story from Cecil L. Edwards who spent almost his entire adult life as a legislative employee. He was secretary for the Oregon Legislature in 1933, serving as chief clerk of the Oregon House of Representatives in 1963, secretary of the Senate from 1965 to 1975, and legislative historian from 1975 to 1993.

The following excerpt (that we lightly edited for clarity) is a tale Cecil L. Edwards told during a 1982 interview conducted by Linda S. Dodds (SR 9431). In the interview, Edwards describes some of the events surrounding the construction of the current capitol building after the 1876 statehouse building burned down in 1935. 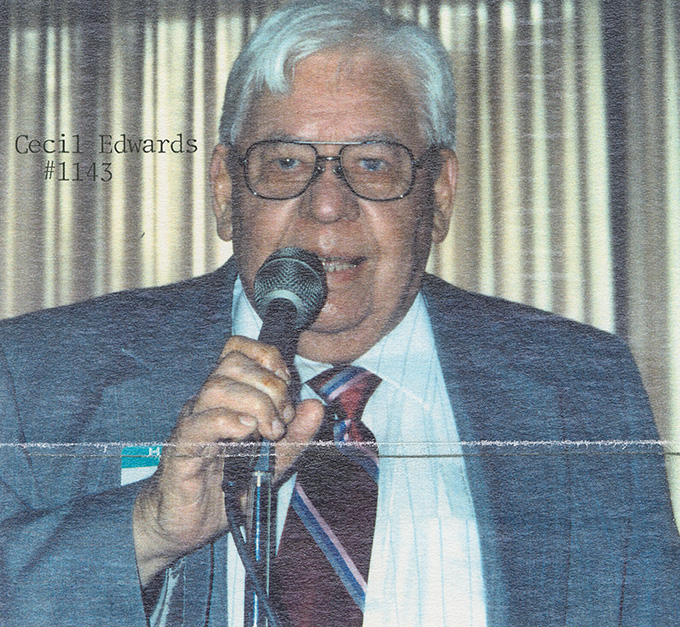 Edwards: The Legislature met in the Marion Hotel and in the old armory; the Senate met in the hotel banquet room. I was secretary for [Douglas] McKay then. The Senate met in the mirrored room and they had a chute going to the Douglas Armory, which they called the cattle chute; that's where the House convened.

Brody: So, it was just kind of a makeshift operation, then?

Governor [Charles H.] Martin wanted a new capitol to be built in what is now Candalaria Heights, which would have been a beautiful site. They'd have had many acres for parking and the vista would have looked over the whole valley. It was [in] the south part of Salem. Salem goes way beyond it now and the land was very inexpensive. He was visionary and this was great. But the business people of the city used to raise hell, and so much hell, that shortsightedness prevailed and they rebuilt it where it was.

[There is] a funny story about that, too. The old walls were standing. Roy Hewett and Henry Zorn filed a lawsuit to require the state to rebuild inside of the old walls. Oh, the fire marshal threw up his hands and said: "People shouldn't even stand close to it! It will fall down. It's no good at all."

So, then they hired a wrecker to come in [and] take care of it. So, he plastered dynamite all around in the walls, set it off — and the walls just shuddered and stayed there! But he blew R. Breyman Boise out of bed and broke all the windows on mansion row.

They had to re-powder it and re-blow it and then, of course, it finally came down.

More of Edwards’ interview can be found online on OHS Digital Collections.

Copyright for this interview is held by the Oregon Historical Society. Use is allowed according to the following license: Creative Commons, BY-NC-SA: http://creativecommons.org/licenses/by-nc-sa/4.0/