Attracted to early Oregon coastal history and inspired by its beauty, Cameron La Follette often writes nature poetry that goes beyond mere description — giving her subjects mystical and spiritual qualities. This 1912 hand-colored photograph of Chapman Point on Cannon Beach in Oregon captures some of those otherworldly attributes.

Cameron La Follette is Executive Director of Oregon Coast Alliance and lead author on the Summer 2018 Oregon Historical Quarterly (OHQ) special issue, “Oregon’s Manila Galleon.” By day she advocates for coastal conservation, and by night she writes poetry. Her poetry is archived at the University of Oregon’s Special Collections and University Archives, where she adds to the collection every couple of years. La Follette will be featured as an author at OHS’ 2018 Holiday Cheer event, where the Summer 2018 issue of OHQ will be available for sale.

I had the pleasure of interviewing La Follette this past summer to learn more about her writing process and what prompted her to begin researching Oregon’s “Beeswax Wreck.” The following is an excerpt from our conversations. 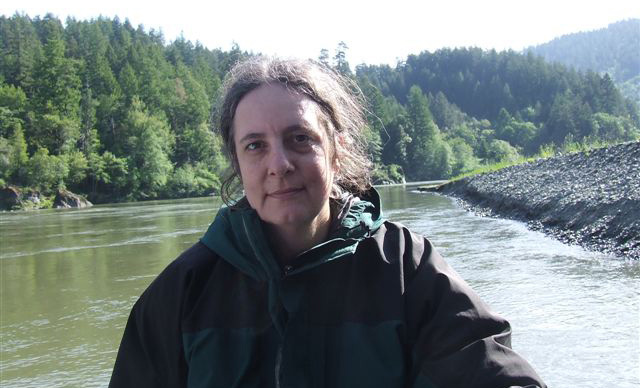 “I have been writing poetry for as long as I can remember, and I’ve always been drawn to rhythm and rhyme.”
Cameron La Follette is pictured here on the Rogue River.

How did you become involved in researching and writing about Oregon’s “Beeswax Wreck”?

I grew up in Arizona, which is nowhere near the sea. I originally came to Oregon for college, and gravitated to coastal land-based conservation, but my first real introduction to the sea was a shipwreck. While doing research one day on the Tillamook County Pioneer Museum’s (TCPM) website and saw a listing for a lecture about a Spanish galleon that wrecked on the coast of Oregon. It surprised me, and I immediately knew I wanted to write a long epic poem of 30 to 40 pages about the ship. My interest in finding out more started from there.

I began researching Spanish galleons, Spanish maritime culture, and the Manila trade. I wanted to know more about the crew, what Native people encountered, and the treasure hunting that resulted from the lore surrounding the wreck. That is when I contacted some of the other authors from the Summer 2018 special issue. I and my principal co-author, Douglas Deur, then hired researchers to look into archival documents about the ship identified as the Beeswax Wreck — the Santo Cristo de Burgos. After two years of researching, here in Oregon and in Spain, Mexico, and the Philippines, it became clear that this story was much more important than background research for an epic poem. It is a significant piece of Oregon history, and I reached out to OHQ to discuss the possibility of publishing my research.

Have you been writing poetry for a while, or is it a recent interest?

I have been writing poetry for as long as I can remember, and I’ve always been drawn to rhythm and rhyme. As a child I would stomp around the house to rhythmic beats saying rhymes, much to the dismay of the adults. So, it is not a surprise that I am a traditional poet, writing in rhyme and meter. For a period of sixteen years, I lived in New York, and during that time, I did not write poetry. New York was not my place, and I could not find inspiration there. It wasn’t until I returned to Oregon and could arouse my creativity from its slumber that I started writing again. Since then, I have written over 2,300 poems, mostly one to two pages long.

I write mythic poetry, ballads, and a lot of nature poetry, often focusing on the Oregon coast and the Arizona desert — the desert has a stark and mysterious beauty. When I write about nature, I like to look deeper than just description and give a mystical or spiritual aspect to the beauty. English-language poetry is full of descriptive nature poetry. Some of it is very beautiful, but for me, it’s not enough. Very few things in the world have a single facet — including historical events, personalities, and nature. Whenever something is looked at only from a single facet, it’s diminished.

“A lot of people think in words, but I think in pictures.” 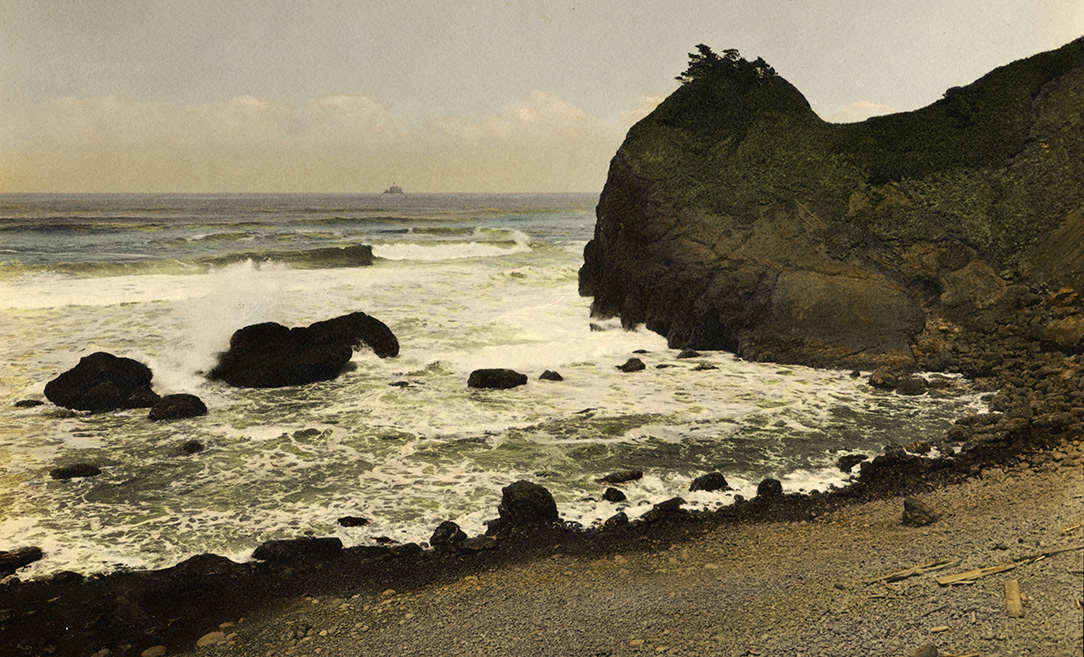 Tell me a bit more about your approach to poetry writing. Do you write from start to finish, or do you write sections that are then edited into a finished piece?

To write poetry, I need to be in a contemplative state. I only write late at night — between 10 pm and 1 am — so it is dark, and there aren’t any interruptions from the outside world. All of my poems are handwritten in a notebook by kerosene lantern. I find the flame to be meditative.

A lot of people think in words, but I think in pictures. Typically, when I start a poem, I see an image and then find words to describe that image. I can write two to three poems a night, although epics take longer, because I have to extend the image, idea, rhythm, and thought process over many weeks. I write an entire poem at one sitting, if it is not an epic, and most of my drafts come out 80 to 90 percent complete. I then edit until I feel they’re finished.

In your free time, what authors do you like to read? Who inspires you? What are you currently reading?

I never read fiction. I tend to read six to eight books at a time, usually about legends and mythic traditions, including folk tales. They inform my poetry. I am especially interested in studies that investigate nature in myth and folklore. I’m currently reading a book, for example, on the ecology of English outlaw ballads (think Robin Hood) and another about animals in religion and culture. I also read biographies of traditional poets whom I respect, such as English poet James Elroy Flecker, Sor Juana Inez de la Cruz of Mexico, and John Shaw Neilson of Australia.

And finally, what are you working on next?

I am attracted to early Oregon coastal history that has been neglected. Broader histories that include the coast tend to focus on a few well-known events such as the arrival of Lewis and Clark, Robert Gray’s attempt to navigate the Columbia River, and Fort Astoria. There is, however, a great deal of coastal history that has not yet been documented and needs much more research and scholarship. For example, Oregon has quite a few lighthouses, all of which are beautiful and have fascinating histories. Many people visit them, but their stories aren’t well known. I’m now working on several entries for The Oregon Encyclopedia and will continue to document the state’s rich coastal history.

Cameron has generously allowed us to publish one of her poems, titled “Lost Galleon.” It is one of the first she wrote about a Manila galleon after learning about Oregon’s seventeenth century wreck. 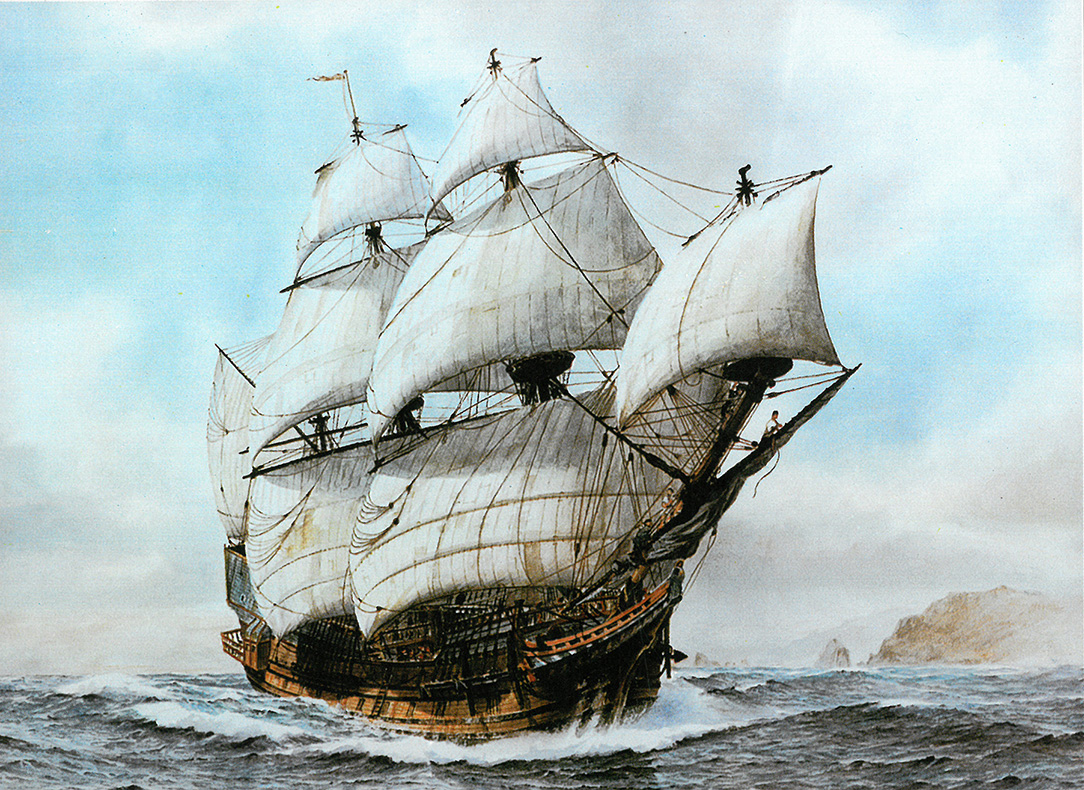 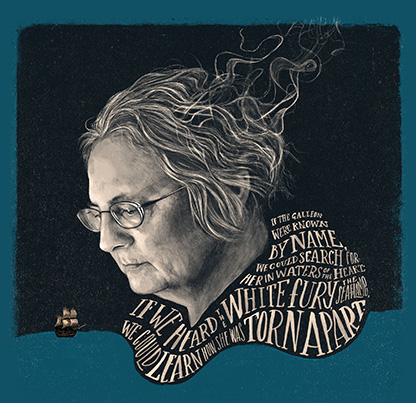